It's Official: Truck Drivers Must Use Electronic Logs


Big news for truck drivers came from Washington on Thursday as the Federal Motor Carrier Safety Administration finally revealed the long-awaited ruling on electronic logs. The new federal rule has officially declared that commercial truck drivers and bus drivers operating on U.S. roads (including drivers from Canada and Mexico) must electronically record their hours behind the wheel. It will go into effect in 60 days and will give companies two years from that time to start using the electronic devices. The rule is part of the overall strategy to enforce regulations said to prevent fatigue. 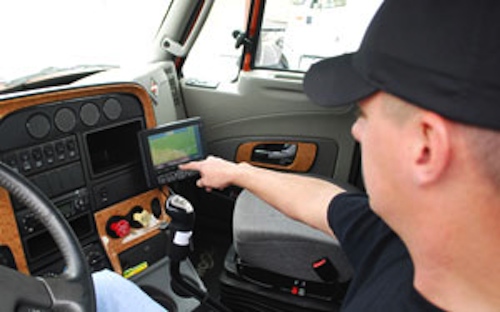 Since 1938, the law has required commercial drivers to keep track of their hours using paper logs but it’s been an escalating issue with accident investigators and safety advocates complaining that it's easy for drivers to fudge the logs to evade restrictions on hours. In recent years, electronic logging devices have become more common in the trucking industry as they allow more efficient means of automatically recording driving time by monitoring engine hours, vehicle movement, miles driven, and location information. "This automated technology not only brings logging records into the modern age, it also allows roadside safety inspectors to unmask violations of federal law that put lives at risk," says Transportation Secretary, Anthony Foxx. 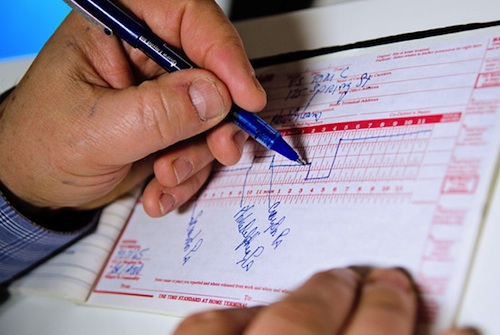 But while many of the larger trucking companies have gradually integrated electronic logs into their operations, the issue has been contested by smaller fleets and independent drivers who argue that it could add to fatigued driving instead. They explain that the companies contracting them to haul freight will have access to the electronic logs and more likely pressure drivers who haven't reached their limit of legal hours to stay on the road even if the drivers feel they need to rest. In fact, the Owner-Operator Independent Drivers Association has sued the safety administration demanding they block the rule and has issued a public statement questioning, "the need for truckers to spend money on an unproven technology that is no more effective than paper logs when it comes to safety and hours-of-service compliance." However, the safety administration has a much different outlook and estimates the electronic devices will save up to $1 billion each year in just paperwork reductions and more importantly, save approximately 26 lives and prevent 562 injuries each year. And in direct response to the claims that electronic logs will only pressure drivers to stay on the road, the agency says there are procedural and technical provisions in the new rule to protect drivers from harassment resulting from information generated by the devices.

"This regulation will change the trucking industry for the better forever," said Bill Graves, president of the American Trucking Associations.

Kirk Righetti
For anyone in the industry driving this is a nightmare. Once again the driver and company are under attack. These laws and regulations are from people that never drove, and they are just blindly looking at a statistic on paper. The real issue is the industry is being flooded with individuals that shouldn't be driving only in getting freight moved. The majority of drivers are running legal it's the small group that doesn't know what they are doin, costing drivers money. Yea elogs are more inexpensive but it cheats the driver in so many ways. I've ran on paper logs for years and never had an issue. With all the "manditory" stuff you have to do and with the shippers/receivers not adjusting, u will sit and run ur clock out everytime. It's becoming you have to run team or ur stuck getting fines and penalties.
Dec 11, 2015 3:08pm

Kevin Sherrell
Well shut the trucks down 1&2 days the drivers and steering wheel holders have no balls runing for 15 years The driver is just sit back and take it The big companies are getting a kickback off the government forward electronic logswe do it to ourselves
Dec 11, 2015 5:00pm

Floyd Fuller
This is BS. It's all about the money. Don't get me wrong. I love my country I speak English. Say merry Christmas. And even have a nice day. But let America starve for a week or two and maybe they will understand trucks move this country. I've been a O/O for 16 of the 28 yrs I've been driving. I'm not paying for this. So at 46 I need to find a new career. Hmmm. I wounder if I can get on wel fare.
Dec 11, 2015 5:07pm

Mark Woodruff Jr.
I was under the impression that Congress took all of that out of the Transportation Bill. FMCSA just up and did it anyway???
Dec 11, 2015 4:30pm

Robert Crow
You either do it or find another profession. I've been driving a long time. I've ran paper and elog. I'm not real fond of elogs. But they do have good and bad points. You just learn to use it to your advantage.
Dec 11, 2015 3:52pm

Loreto Delgado
It has it's up's and down's I myself like paper log's better than this stupid computer but that's just me good thing I'm about to retire from trucking
Dec 11, 2015 4:58pm