While many are dreading the new ELD regulations coming into effect December 28, there is some good news regarding another major issue that has been concerning truck drivers for the past several years. Federal funding has created an eight-state initiative to begin tackling the nation’s truck parking problems – beginning with Iowa’s plans to make parking easier along Interstate 80. 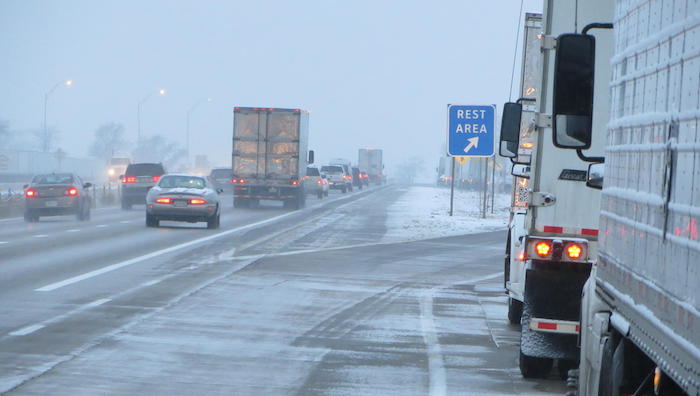 Phil Mescher of the DOT explains it was the passage of Jason’s Law in 2012 that made research and federal funding a priority in addressing the truck parking shortage across the US. The law is named after Jason Rivenburg - a truck driver who was robbed and murdered in 2009 after pulling off the road to rest at an abandoned South Carolina gas station.

“This really brought a lot of awareness to the trucking companies and to the government about this issue,” Mescher said. “And so the publicity got the interest of Congress a little bit, so when they passed the transportation bill…they included some provisions in there to help states create either better parking, more parking or some technologies to help truck drivers.”

Mescher explains that the current initiative has $25 million of federal funding to be divided amongst the selected eight states. Each participating state is creating a plan of action that specifically addresses their own state needs and also works with the other states. Iowa is the first state to announce its plan to create an electronic system that will help make it easier to find available parking along I-80.

With the amount of trucks packing in at the rest stops and parking along the I-80 off ramps in Iowa, Mescher says there is an obvious need for the state to create a new system – especially since truck drivers are also restricted to how many hours they can be on the road. “If they are getting down to where they only have an hour or two left, it becomes imperative that they try to find a parking space so that they don’t spend an inordinate amount of time driving around pushing up against that threshold trying to find a parking spot,” he explains.

He adds that while many states do a good job with their 511 transportation systems, the problem is that they are all different and drivers have to go to a different website for each one. Iowa’s plan is to still put information about available truck parking spots on their 511 system and to also create a new system that monitors both public and private spots and will be available as a smartphone app and to companies who provide in-cab information systems, as well as truck dispatchers.

“In this proposal, what we wanted to do is to use some ITS, Intelligent Transportation Sytems technologies to provide truck drivers with information about the availability of truck parking at upcoming rest areas and truck stops,” Merscher says. “We will either have in-pavement sensors in the parking stalls themselves for some sites and other sites…we will count the trucks going in and out, so we will know what the availability is on a regular basis.”

The new system will be developed and tested over the next year and is expected to be up and running by January of 2019. Indiana, Kansas, Kentucky, Michigan, Minnesota, Ohio, and Wisconsin will also be implementing their own truck parking information management system that will eventually interconnect into a regional system.

Richard A Grambort
Wisconsin has had signs along the interstate highways informing trucks as to available parking at rest areas for over a year now.
Dec 27, 2017 3:15pm

Israel Swanner
Keyword: available It’s easy to see the signs that show where parking spots are. The problem is whether or not they are *available* when you’ve got less than an hour to drive and need to find one before shutting down for the night.
Dec 28, 2017 1:57am

Charlie Johnson
This should of been put in place long before now and nation wide...Up and running
Dec 27, 2017 2:40pm

Chris Bryant
How about more parking? We pay enough taxes to have parking services provided.
Dec 28, 2017 4:04am