Here it is Folks...Virginia Tech To Conduct Official HOS Study


The Virginia Tech Transportation Institute is set to begin the congressionally mandated study of truck driver hours of service rules, specifically focusing on the highly controversial and recently suspended restart provisions. This is will be the official study that the government will use in determining whether those restart rules should be tossed or reinstated, or whether new regulations should be developed to more effectively reduce driver fatigue. 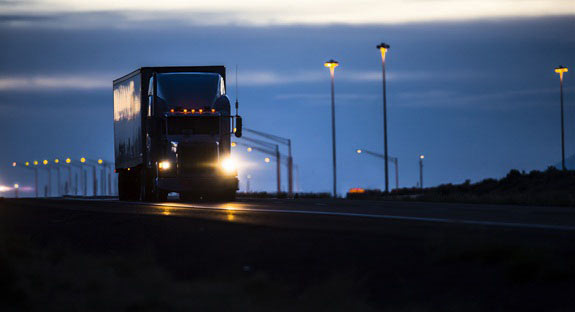 The five-month study will involve an estimated 250 truck drivers from various types of carriers and will closely examine the effect of the 34-hour restart on driver fatigue and road safety. It is the latest step in the long and heated debate over how many hours U.S. truck drivers should spend driving, working and resting each day and week.

“We have assembled a world-class team to lead this landmark study mandated by Congress. We have an opportunity to perform ground-breaking research that will have impact for decades to come,” said Richard Hanowski, director of Virginia Tech’s Truck and Bus Safety Center.

The Virginia Tech study will track and compare truck driver fatigue and safety performance levels one set of drivers that takes two nighttime rest periods during their restarts, and another group that takes less than two nighttime rest periods. The study will then compare the work schedules of both driver groups, assessing crashes, near-crashes, crash-relevant conflicts, operator fatigue and alertness. The study will also track driver road-time and resting/sleeping statuses with electronic logging devices, and will measure and code fatigue levels of drivers using high-tech wristwatches. The drivers will be recruited from both small and large companies, including long haul, regional and short-haul operators.

This will be the largest study of its kind ever performed using commercial vehicle drivers,” Hanowski said.

Since 2004, the trucker HOS rules have permitted 11 hours of driving and three hours of non-driving on-duty time per day. Then in July of 2013, the Federal Motor Carrier Administration installed the latest version of the HOS rules requiring drivers to include two consecutive 1 a.m. to 5 a.m. periods in any restart, as well as limiting their use of the restart to once within 168 hours or seven days. The new rules have only sparked feuds between the industry, government and safety advocate groups.

Most truck drivers argue the new rules are simply not in alignment with the reality of their job and only make it more difficult. For many of who drive at night and get off duty in the early morning hours, to take a restart in just 34 hours means spending 52 hours off-duty. The American Trucking Associations have also argued that the 2013 provisions weren’t based on sound research and only created more safety risks by putting drivers on the roads during heavy traffic morning rush hours. Carriers and shippers have also complained that the new rules have compromised productivity and raised their costs. Most importantly, drivers have complained that they’ve been personally affected with fewer miles, less flexible schedules and less pay.

The good news in all of this is that Congress finally listened and suspended the 2013 restart changes in December 2014 and ordered the $4 million study to be completed by the end of the fiscal year, which is September 30th.

Do you think this study will be effective enough to truly determine the reality of doing your job?

Mike Deshong
How about doing a study on how shippers and receivers can improve themselves on how long they hold up drivers at their facility for no reason at all all speed up their process because hos is not the real problem at least not until the 14 hr no stop clock was put into play and then it presented a whole new problem along with an already problem with the shippers and receivers
Feb 06, 2015 6:14pm

Jeramie Lahue
I say we all take a very long overdue vacation and then they can do a study on how everyone is gonna eat and work with no supplies or food in the shelves. Then maybe them fuckers who have never drove a truck will leave us alone and let us do our jobs as we have done for decades.
Feb 08, 2015 2:11pm

Michael Cox
Companies have the powers to fix the issues with that by scheduling you correctly as well and charging them for the delays
Feb 07, 2015 10:18pm

Dale Grim
Ya decide for us what is good. Lmfao. Try driving and actually doing the job then. And only then should u have any input
Feb 08, 2015 3:13pm

Tommy John
How about they let us do our job and maybe they can study a cure for cancer. Do something good instead of try to mess with our paychecks.
Feb 08, 2015 11:50am

Stephen Christensen
Safety begins with Driver Training and NONE of the big boys want any Regulations placed on Training. .....Why is that.??....They also don't want the topic of driver pay or detention regulated either......Again....Why is that???
Feb 08, 2015 3:23pm

Wes Tincher
Putting a stop to kick back money to all these companies putting people in trucks that don't belong. That would be a great start on making the roads safer.
Feb 08, 2015 3:04pm

Joel Collier
I guess I'm lucky enough to make what I make and be home every night...only HOS shit I gotta worry about is only having one day off a week and getting a reset in.
Feb 08, 2015 9:28pm

Mark Tomasetti
Truth of the whole matter of being fatigued is when your schedule is thrown out of whack either by shipper, receiver, or company. I have worked with Foster Farms in California and was on a on call biases where after you slept 8 hours they wouldn't call you till 7 hours after rest and expect you to stay awake a total of 19-24 hours a day. I since quite and started another company where all their line drivers work at night so no matter if I am off a day or two I am never fatigued because we are on a set schedule give or take 2 hours not 7
Feb 08, 2015 11:57pm