Schneider is the latest trucking company to jump on board with a new trend in recruiting and retaining truck drivers: Simply pay them more. 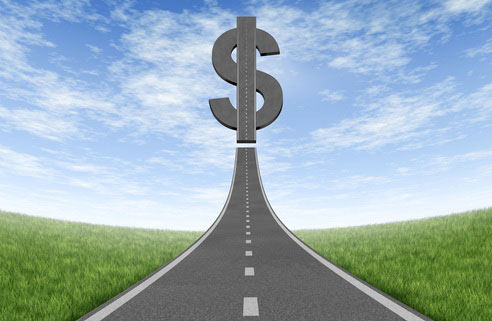 Last week the company announced its plans to increase wages for the majority of their drivers by 8% to 13%, especially for van truckload drivers, which Schneider calls “the over-the-road workhorses of the business”. Last May Schneider had also announced a pay increase for their tanker drivers averaging up to $4,000 annually.

In July, another major company that rivals Schneider in the long haul truckload sector, U.S. Express, had also made big news when they announced that they were increasing their truck driver pay by 13%. Since then, there have been a number of smaller carrier companies driving up the competition by increasing their wages as well.

Gordon Klemp, founder and CEO of the firm that conducted the National Survey of Driver Wages, said that companies such as U.S. Express have definitely set the pace. "We're seeing some raises that are very substantial — bigger than we've seen since 1997 when J.B. Hunt made a really big move," Klemp said.

Another good sign is that signing bonuses seem to be increasing as well. For example, where many companies offered an extra $1,000 or $2,000 to attract the more experienced drivers, now some are changing the bonus structure to an extra $5,000 in payments spread out over six to nine months. Other companies are even offering sign on bonuses as high as $15,000 for drivers to commit the company for a full year. Schneider also said in their announcement last week that some of their new drivers could be eligible for signing bonuses ranging up $7,500.

While it’s certainly true that the recovering economy is increasing the driver demand, there is also the reality of factors that have been shrinking the talent pool. Truck driving is a tough job, and in most cases, a commitment to a different “on the road” kind of lifestyle. Experts have also been bringing the other major problem into the light lately. That carriers have had a long history of paying as little as possible and those times have been forced to an end.

Steve Tam, Vice President with Americas Commercial Transportation Research Co, says, “We don't think it's so much a driver shortage as it is a driver pay shortage”.