While global supply chains across the world saw many new threats and hardships in 2016, cargo theft remained among the most prevalent in North America, according to a study published by the British Standards Institute earlier today.

The Annual Global Supply Chain Intelligence Review, which monitored supply chain risks across the world last year, also reports that the issue of cargo theft and potential drug smuggling cases is expected to continue throughout 2017 in North America. 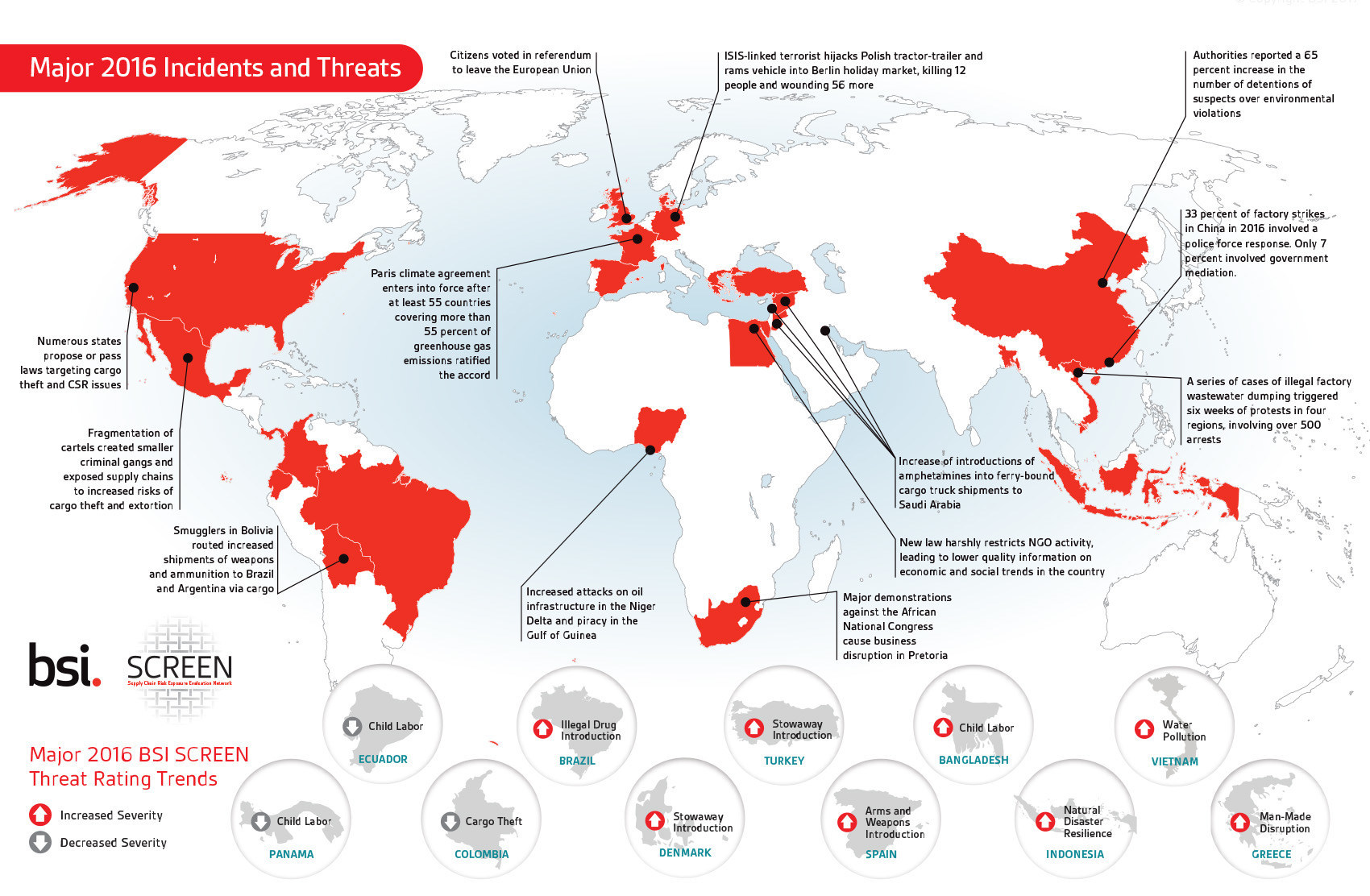 According to the BSI, several states in The United States either passed or proposed laws addressing cargo theft and issues relating to CSR over the course of 2016.

The Annual Global Supply Chain Intelligence review noted that not every country in the Americas saw an increase in cargo theft, though the United States was among those that saw increased rates.

The BSI also reports that hurricanes and flooding were among the top ten most costly natural disasters last year. The report notes that the United States was the country that experienced the greatest monetary impact due to both of these occurrences.

Interested parties may request a copy of the 2016 report here.