You won't find many industries with a workforce more male dominated than oil and gas extraction, ship and boat building, or crop production—but trucking, surprisingly, has them all beat.

The Bureau of Labor Statistics reports that just 11.4 percent of women are a small part of the overall two million workers in the trucking/transportation industry, despite making up almost half of the U.S. workforce, and that number continues to slide. The American Trucking Associations paints an even bleaker picture, with women constituting just 5.1 percent of all truck drivers in its latest tally—the smallest percentage since 2011.

But one trucking company is bucking the trend.

Almost 60 percent of R & R Trucking’s driving force is women. The Midwest company, a specialized carrier of sensitive cargo, believes its employees are attracted to R&R because it offers vital incentives, including a guaranteed pay program, an excellent home-time policy, and a warm family atmosphere. R&R reports that it is a business that appears to take its employees' needs to heart. 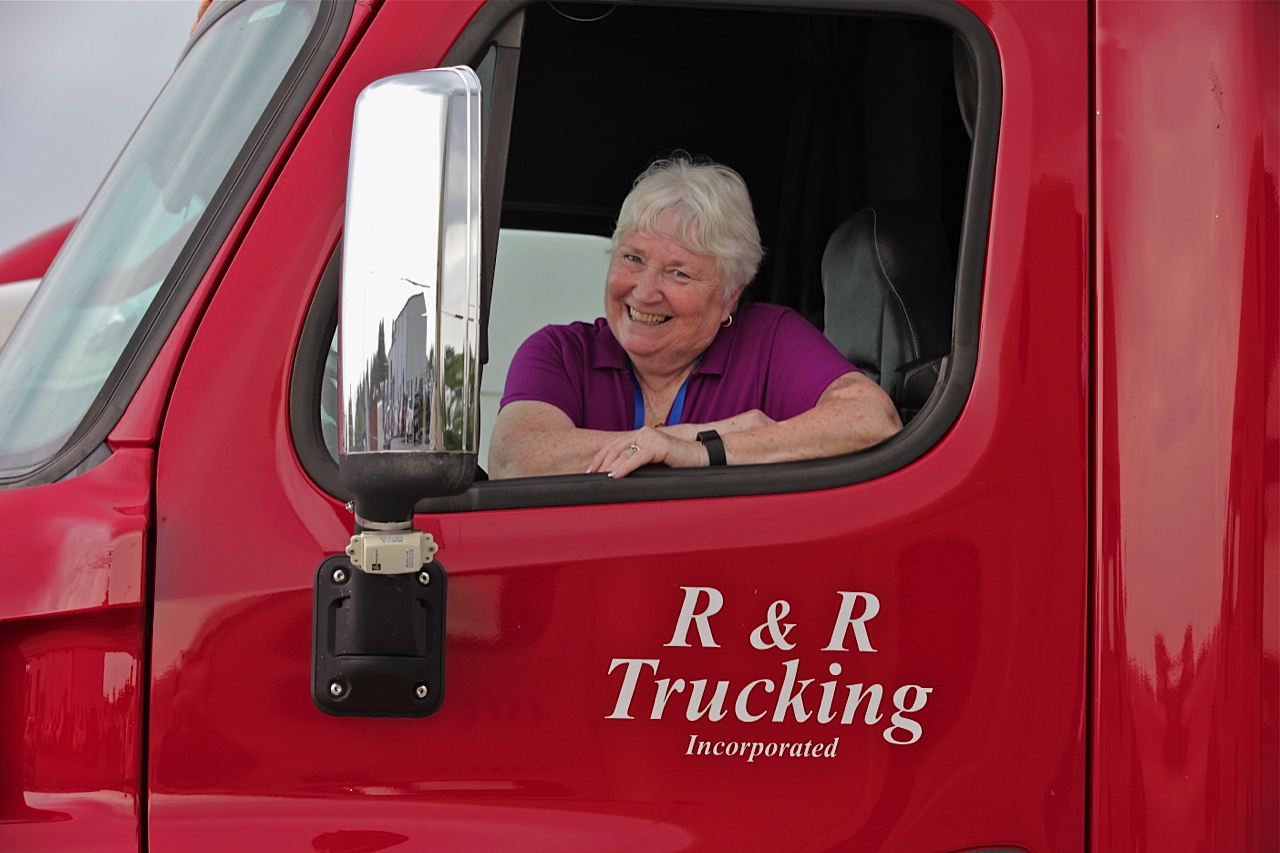 The company hires mostly teams, reports R & R’s Vice President of Administration, Kevin McKelvy. “We have male and female teams, female teams, male teams and teams who pair with other family members—the door is wide open for individuals who want to be together and drive professionally for a living.”

This is music to the ears of drivers Susan Hall and Glenna Smith, who have chosen to make R&R their home away from home. Hall says the company is like her second family, and she plans to drive for them for until her retirement.

“It’s a wonderful place to work. Whenever I call in to talk to my dispatcher, or the shop, or almost anybody here, they know me by my first name,” Hall says.

Glenna, who has been driving on a team with her with husband for over two years, concurs. “It’s a good paying job, and you will never be disappointed if you come on board,” she says.

The company has joined forces with The Women in Trucking Association (WIT), a non-profit whose mission it is to promote women’s equal employment and accomplishments while helping to minimize the obstacles they face in the industry.“Our goal in becoming a WIT sponsor is to help support all women in trucking and to further expand the message that R & R is a great place for professional women truck drivers to work,” Cooper says.