It’s awards season – at least in the trucking industry. The American Trucking Association is now accepting applications for its Mike Russell Trucking Image Award, to be handed out later this fall.

“The trucking industry has seen increasing respect in Washington in recent months, but we still have work to do on improving the image of our industry throughout North America,” says ATA President and CEO Chris Spear. “The Mike Russell Trucking Image Award recognizes the time and energy put into shaping a stronger image of trucking by the men and women who work tirelessly to spread our industry's message of safety, essentiality and professionalism.” 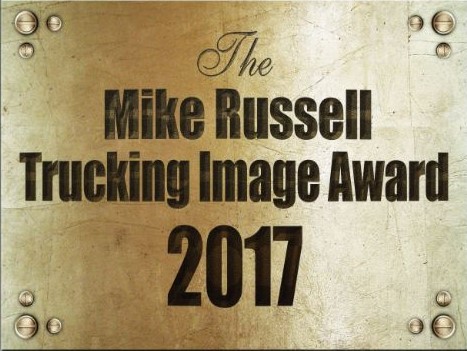 In March, ATA visited the White House and told its story to the President and Vice-President. At the time Spear noted, “We had an opportunity to showcase our industry and the 7.3 million people who move America forward. With two image tractor-trailers outside the Oval Office on the South Lawn, the backdrop was perfect to introduce our America’s Road Team Captains and industry leaders to the Executive Branch.

The visit was part of that day’s news cycle, and in the spirit of the award, helped project a positive image of the industry – generating tens of millions of impressions through widespread media coverage. ATA’s social media channels also saw record traffic that day.

The award honors companies, organizations or individuals who generate positive awareness of the trucking industry. The greater the message and impact, the more the awareness can help fight against anti-truck messages played out in the national media.

“ATA believes that the image of our industry can only improve when trucking professionals and drivers go out and tell our story,” explains ATA Executive Vice President of Industry Affairs and COO Elisabeth Barna. “Studies have shown time and again that when members of the general motoring public meet a trucking professional they are significantly more likely to have a positive view of our industry.”

“Any attempt to move the needle in the right direction for our industry's perception is honorable and HireRight is excited to have the opportunity to sponsor the Mike Russell Trucking Image Award for the third year in a row,” says Steven Spencer, managing director of transportation, HireRight. “We look forward to seeing creative, effective campaigns nominated for this award.”

Complete applications are due to ATA’s Industry Affairs Department by August 18th and winners will be announced October 21st to 24th during the American Trucking Associations’ Management Conference and Exhibition in Orlando.