Trump Slaps A 20% Tax Hike On Canadian Lumber Imports— But It Will It Benefit U.S. Truckers?


The fiscal impact of a new tariff on Canadian softwood imports in the U.S. remains to be seen, but the subject is being hotly contested this week as the Trump administration recently announced a 20% tax hike on Canadian exporters of softwood lumber.

In 2005, a cap on imports was set via the U.S-Canada Softwood Lumber Agreement, but that deal has since expired, and tensions have escalated in this trade dispute between the two countries.

For some, like Oregon Senator Ron Wyden, also a member of the Senate Finance Committee, the decision to hike taxes on Canadian lumber imports is a long time coming. Wyden, a Democrat, has been in vehement opposition of most of Trump’s decisions, but has broken rank with his constituents and praised the administration’s stance on this matter.

“Unfairly traded softwood lumber from Canada has for decades hurt mill towns and American mill workers in Oregon and across the country," said Wyden. ”Today's announcement sends the message that help is on the way.”

Scott Dane, executive director of the Associated Contract Loggers and Truckers of Minnesota, agrees. He believes the tariff will greatly benefit the 200 members of his organization, which includes 40 trucking companies. 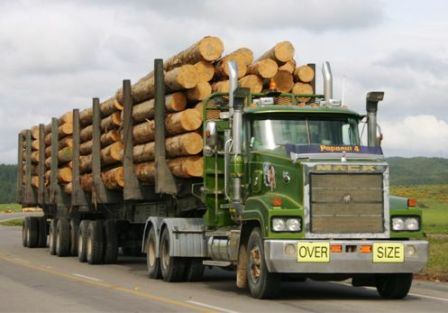 The former truck driver and current executive director of the Wisconsin-based Great Lakes Timber Professional Association, Henry Schienebeck, has adopted a more “wait and see” stance. He said while he was pleased with the tariffs, he was withholding high expectations—his area is still suffering from the effects of the recession and freight rail service cutbacks, and it may be too little, too late.

Of course, not everyone is on board with this decision. The U.S. National Association of Home Builders has expressed fears the tax hike will drive housing prices up and jeopardize thousands of construction jobs in the process.

Canada itself has also cried foul. In a joint statement, Jim Carr, Canada's Minister of Natural Resources, and Chrystia Freeland, Canada's Minister of Foreign Affairs said, "The Government of Canada disagrees strongly with the U.S. Department of Commerce's decision to impose an unfair and punitive duty. The accusations are baseless and unfounded.” The country has also threatened litigation against the U.S.

For a variety of reasons, the American lumber industry has been shrinking for many years. Currently, 360,000 people are working in sawmills or jobs linked to timber, including truckers, according to the U.S. Lumber Coalition.

Of the $15 billion dollars worth of softwood lumber used in American home construction, approximately 31.5% of that total comes from Canada, which translates into $1 billion from tariffs annually. As recently as 2016, 33% of the overall lumber used in the U.S. was imported, with over 95% of it imported from Canada.