A deadly storm system began its decent on the Southern Plains Tuesday and claimed the life of an Oklahoma truck driver. In Texas, three storm chasers were also killed in head-on collision that occurred while in pursuit of a tornado. 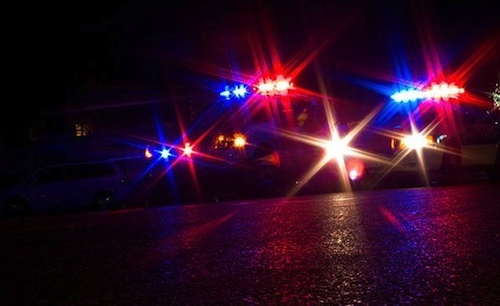 According to the Oklahoma Highway Patrol, the deadly semi-truck crash was reported shortly after 9 p.m. on Tuesday evening and occurred on I-40 just east of US highway 81 near El Reno. The truck driver, whose name has not yet been released, was driving a 2007 Volvo tractor and heading eastbound on I-40. The semi was pushed off the road by a 95mph high wind gust and then veered left, crashing into the cable barrier. The force of the impact then caused the truck to roll before coming to rest on its driver side. Tragically, the driver was partially ejected through the window and was left pinned under the truck for about an hour before El Reno firefighters were finally able to free him. The driver was pronounced dead at the scene and troopers said he was not wearing a seat belt when the accident occurred. 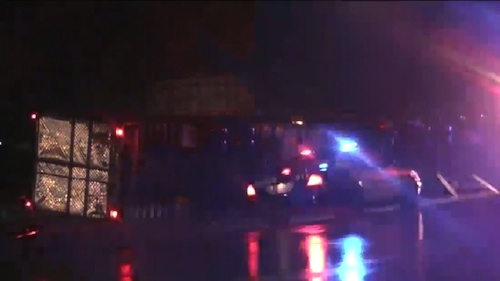 The severe weather also hit Texas, leaving nearly 70,000 residents without electricity and causing more than 15 tornadoes across the state. On Tuesday, three storm chasers were killed in a head-on collision while on the job, tracking tornadoes in the Texas Panhandle region. Kelley Williamson, 57, and Randall Yarnall, 55, both worked as contractors for The Weather Channel and were in pursuit of the storm when they were struck by a second vehicle, driven by storm chaser, Corbin Lee Jaeger, 25. All three men were killed instantly.

On Wednesday morning, a tornado struck an apartment complex in southwestern Houston causing damage to carports, windows and roofs. At around 3:30 p.m., the high winds dropped an entire shipping container on a truck at the Barbours Cut container port located about 20 miles east of Houston. A Port of Houston spokesperson said 2 people were injured and a total of 20 shipping containers were scattered by the high winds. 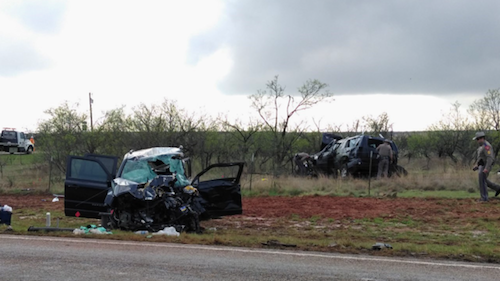 The Storm Prediction Center in Norman, Oklahoma, issued a warning for the entire area stretching from Louisiana to central Missouri and all of Arkansas. Residents and motorists were cautioned about the potential for very large hail, strong tornadoes and powerful winds throughout Wednesday and Thursday. Forecasters say the storm risk will increase on Thursday as the weather system moves into Tennessee and Mississippi. They also expect "an active severe weather event" on Thursday for parts of Mississippi, Alabama, Tennessee and Kentucky.

Ray Lubinski
Not only those 4 workets, but let's also remember the 12 innocent lives lost on the church bus accident where the pickup driver who caused the accident survived,
Mar 30, 2017 8:47pm

David Phillips
Trucking Unlimited any update on the drivers name or family members would be appreciated RIP
Apr 01, 2017 7:13pm

Billy Zirkle
It's s sad deal, nobody wants it to happen but we can't control the weather...just sad....losing another driver & sorrow for his family
Mar 30, 2017 5:53am

Wendy Lewis
Thoughts and prayers to all the families and co workers of these angels
Mar 30, 2017 9:44pm

David Phillips
The first article of the driver on I-40 was the scene I arrived at and called 911. I immediately got out of our vehicle and crossed the interstate in the high winds and horizontal rain to check on the driver , sadly I got no response and could not hear any movement or sounds from the truck , not to mention the victim was nowhere to be seen ( being buried underneath the wreckage) to the family of this driver ( brother trucker ) our condolences, and please feel free to contact me ! RIP DRIVER �
Apr 01, 2017 7:09pm

Don Truelock
I drove through that storm coming from Okc to odessa got trapped by the tornado in haskell at the stripes. Had to hit the shoulder and stop at one point because I couldnt see the road for the rain and hail
Mar 31, 2017 8:59pm

Mike Terry
We drove thru situations like this drivers are people too thoughts and prayers to his family
Apr 01, 2017 2:03am

Belinda Romero
Prayers and thoughts to the families. May they Rest in peace
Mar 31, 2017 5:14am

Anna Irene Dodson
We were stopped in backed up traffic on South I-15 Wednesday.We watched tumbleweeds,tree roots,sand,dirt,and debris coming across the road.The third truck ahead of us rolled over from that gust of wind. That was a scarey situation. Thankful the truck driver was not harmed. Took us 7 hours to go 225 miles. I think that was the most terrifying time we have had in 20 years of driving.
Apr 01, 2017 10:24am