After the tragic and random shooting of a UPS truck driver early Thursday morning, authorities say the shooter has since admitted to the crime after a 7-hour standoff that led to his arrest. 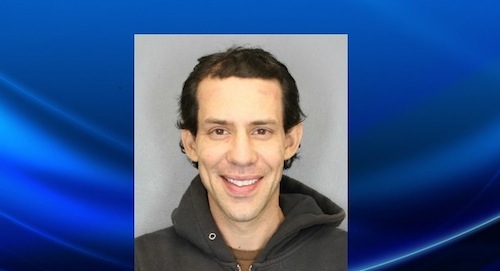 The 52-year-old truck driver, William Schumacher, was only about four weeks into his second round on the job as a seasonal driver and had been taking a break on his overnight shift to get something to eat at a 24-hour Wal-Mart superstore in Ithaca, NY. According to UPS, he had been driving a tractor-trailer that hauls packages between processing hubs, rather than the company's signature brown delivery trucks. Officials say the fatal shooting occurred at around 12:50 am and a Wal-Mart customer told police that just minutes before the killing, he had been standing in line with the victim making pleasant small talk and joking together about some oversized lighters on display near the register. Moments later, the customer exited the store after Schumacher and saw him fall to the ground after being shot. Another eyewitness told police that the victim had simply been making his way over to his truck when a man in a black pickup truck shot him and ran over his body about 200 feet from the store.

“A guy was sitting in his truck, and all I heard was a gunshot and looked up, saw the guy fall, and then the guy in the truck backed up, pulled out, ran him over and took off,” the witness said. 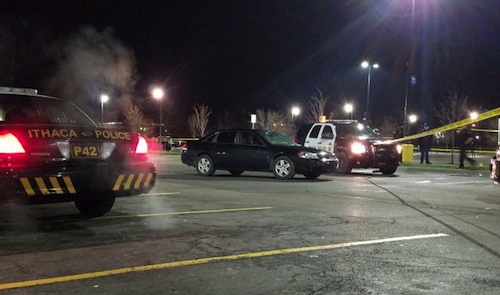 Police immediately began searching for the suspect and spotted a vehicle that matched the description of the one fleeing the scene. When officers attempted to pull the suspect over, he didn't stop until reaching a driveway at a home in Dryden. Police say the suspect then exited his vehicle and fired a shot at officers before running into his house. A SWAT team was called to the scene and a 7-hour standoff ensued until a negotiator spoke with the suspect through a robot inserted into the home. The suspect finally surrendered at around 9:45 am and was taken into custody. He has been identified as 38-year-old Justin Barkley of Dryden, NY and has been charged with second-degree murder. 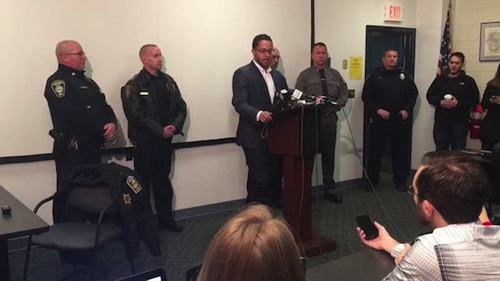 Investigators released more information during a press conference saying that Barkley has since admitted to driving to Wal-Mart in Ithaca early Thursday. Court documents also state that he made the confession during a taped interview "...the defendant stated that he had driven his vehicle to Wal-Mart in the City of Ithaca, and shot a man in the chest with a .30-06 caliber rifle. Barkley also stated that he had intentionally driven over the body of the victim and spun his tires before subsequently being involved in a brief pursuit with police behind him. Barkley stated that he pulled his vehicle into the driveway of his residence, exited his vehicle, and fired a "sound shot" in an effort to prevent police officers from exiting their patrol vehicles."

Investigators have also since confirmed that Barkley has no prior connection to Schumacher and it’s still unclear what exactly caused him to commit such a brutal and senseless act.

Donnie Crawford
What the F, this crime doesn't make any sense to me. Why shoot a man for no reason . I'm not a fan of the death penalty, but in this case. Strap him in and throw the switch and let his sorry ass fry!!
Dec 10, 2016 11:20pm

Dallas Gilliam
Piece of fucking shit fry his punk ass....or better yet let us drivers handle it. This is the reason why need to be able to carry we need to protect ourselves
Dec 11, 2016 5:41am

Phil Killerlain
I really do not think this has anything to do with the truck ? This was just a crazy wanting to kill someone , and it could have been anybody that he killed ! But the death penalty is definitely called for
Dec 11, 2016 11:47am

Victor Collins
You risk your life no matter how much you make or what kind of job you do!!! So your statement does say what you are willing to risk your life on? Please explain?
Dec 10, 2016 4:01pm

Randall Britton
Actually working at a convience store is more dangerous and you know the stellar pay and benefit pavkage comes with that gig
Dec 10, 2016 6:41pm

Linda Faye Green Johnson
U would not have what u got if it wasn't for trucker's The food u eat The bed u sleep on The clothes on your back The vehicle u drive U risk your life anywhere u go Kendal
Dec 11, 2016 2:11am

Matt Dunivan
We actually have it made compared to ANY other job where you have anybody standing over your shoulder
Dec 12, 2016 11:35am

Maral Eitzen
I'm trying to figure out why how come he shot at the officers when they didn't take him out then RIP driver. they should just feed this son of a b**** to the alligators.
Dec 12, 2016 12:03pm

Danielle N David Clinton
My prayers with driver's family. Sending my condolences to his family.
Dec 11, 2016 7:03am

Jeff Matney
Put his head under the duals of a loaded truck an proceed slowly till it pops like a pumpkin. .then take that taxpayers money an house the homeless an feed the animals at the shelters .don't waste money on shit like him ..
Dec 11, 2016 6:49pm

Brad Donovan
Needs to be shot but some lawyer will get him off on mental health issues
Dec 10, 2016 3:35pm

Dennis Bergholz
Hate to say this but to many drivers are getting killed for no reason or for a few dollars come on trump sign the bill for drivers with CDL to carry my self i have been robbed once and the one person wanted to kill me but the other person stopped him there both doing 25 yrs in sc but how can you shot a man and then run him over ur sick dude plug him up and let his family turn the switch on to fry his ass
Dec 12, 2016 9:48am

Kevin Sherwin
WTF is it with the people from Dryden psycho Ville somethings in the water
Dec 12, 2016 3:28am

Charles Trickett
Should have shot him on site then took turns running over him
Dec 12, 2016 7:09am

Kenny Snider Sr.
This is so wrong. No reason for this at all. This is our first Christmas without our 26 year old daughter and I feel for the family. Blessings and healing vibes to them _/\_.
Dec 11, 2016 10:14am