A day on the job for a truck driver is hardly ever “normal” but not even 30 some years on the road could prepare veteran truck driver, Norman Scott for what happened to him on Tuesday night when he became the victim of one violent incident and immediately came upon another in his search for help. 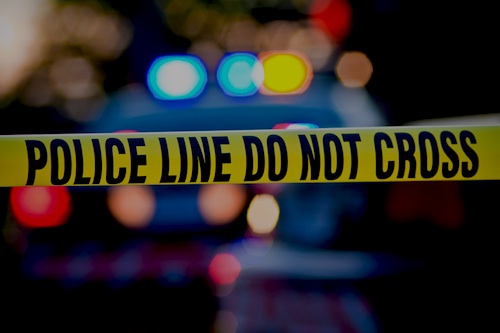 The other earlier incident involved a gang related shooting on Chicago’s South Side near 87th and Racine streets. According to police, the victim in his 20s was driving in a vehicle when a second car pulled up beside him and fired shots, hitting his leg. The suspect vehicle then quickly sped off and perhaps it was bad karma that caused the car to crash at 95th Street and Vincennes Avenue, near the Metra Rock Island tracks. The collision also involved two other vehicles and caused them to erupt into flames. Police and firefighters swarmed the crash site and shut down the trains for hours as the investigation ensued.

Ironically, when Norman Scott came across the fiery, police infested crash site he saw as the safest place he could seek refuge after fleeing another violent gunman that shot at his windshield just moments before. While it is still unclear what occurred before the encounter, Scott says he was on his way back to the truck yard and was stopped at red light at the intersection of 95th Street and Genoa Avenue when suddenly he was in the line of fire.

“I see his car coming up real fast he jumps out the car, gets in front and aims just like this and all I could do is duck and I hear the pop, pop, pop,” Scott explains. “It's an automatic and the truck was still in gear and all I could do was hit the accelerator and try to run him over.” 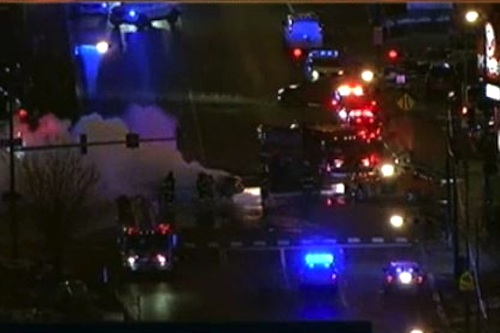 Fortunately it was enough to scare the gunman off and Scott wasted no time fleeing the scene in his bullet-ridden cab. In his desperate search for help, he ended up driving himself into the thick of another major crime scene and flagged down the officers for help. Police immediately assisted the shaken 63-year-old truck driver and have since been searching for the gunman, which is described as being a white male in his 40s driving an older model Gray Lexus. Police say they are also questioning two people in the drive-by shooting incident as well.

While Scott is certainly thankful to still be alive, being that close to two major violent incidents in one night was enough for him to wonder if it’s a sign he needs to get off the road for good. “It’s a miracle I’m alive,” says Scott.

Debbie Miller Santiago
William Vinet , no they don't but when you cut into the city budget (boycott = less revenue) then that would get the politicians' attention.
Dec 08, 2016 3:26pm

William Vinet
I think this is the first time I read a truck being shot at in Chicago I live in Chicago and many of my drops are in and around the city luckily I haven't been a Target
Dec 08, 2016 6:16am

Eugene Wayne Burger
Load electronics or meat. You might not get shot but you will get hijacked. Oh and don't forget name brand laundry detergent.
Dec 08, 2016 6:54pm

Tony Lazzara
Keep putting democrats in office, hey we can't get tough on the criminals we wouldn't have any voters left
Dec 08, 2016 10:01am

Austin Bowden
Why does it have to be about democrats, you get fucked with republicans too, what does your 401 k look like Damn
Dec 09, 2016 5:48pm

Michael Jason Comer
Austin Bowden my 401k is jacked up thanks to Obama my insurance is out of control thanks to Obama. I'd say it can't get any worse with republicans in charge. You're just salty king Obama and Killary Clinton are gone and the socialism party aka liberal gun hating Democrats can't ruin the country for the next 2 years atleast. Since you wanna ask questions do you enjoy tge ELD'S? Or how about the mega carriers taking the small companies and o/o's out of buisness? Thank the left for that. Illinois more importantly is the strictest place whenever it comes to gun laws the left demanded foid cards no guns in Chicago how's that turned out?
Dec 10, 2016 9:52am

Dan McClain
Take you gun with you when you go to bad cities like this Their rules aren't working anyway
Dec 10, 2016 6:07am

Eugene Wayne Burger
Me to and I boycotted Southside, Calumet city, and Gary along time ago.
Dec 08, 2016 6:55pm