A truck driver has been arrested for allegedly attempting to defraud the California Redemption Value recycling system after law enforcement caught him transporting 7,000 pounds of bottles and cans worth an estimated $11,000 across the border from Arizona. He is charged with felony recycling fraud, attempted grand theft and conspiracy. If convicted, he faces six months to three years in prison. 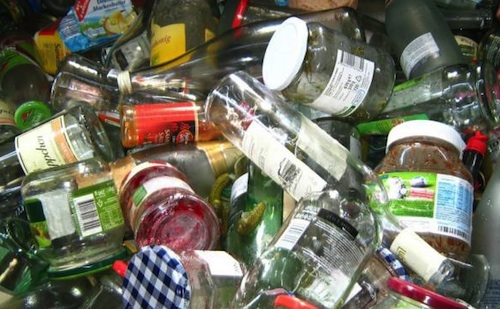 The California Department of Justice Recycling Fraud Team agents had tracked 40 year-old Julio Bolanos from Phoenix, where they had witnessed used beverage containers being loaded into a semi-truck on July 19. They tracked the semi-truck as it headed towards California and then suddenly take a 70-mile detour to avoid the border control checkpoint in Blythe, CA. The Fraud Team agents alerted the California Highway Patrol to stop the truck and see if the driver had the required shipment receipt or imported material report needed to transport used beverage containers into California. Sure enough, he didn't have either document. 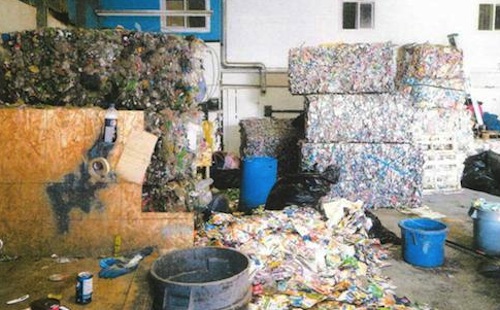 According to Mark Oldfield of CalRecycle, people have been trying to play this game with the California recycling system for a few years now. He says that most come in from Arizona and Nevada, but they’ve also been seeing people bringing in recyclables from as far away as Washington. “The problem is there’s no recycling incentive in those states,” Oldfield says. He explains that people often buy bulk loads of used beverage containers at a low price from scrap dealers outside California who turn a blind eye to the illegal operations if it means making a profit. Or, there are also entire criminal rings involved in the scam. The truck drivers usually take the cargo over the border to a storage location and from there; they split it into smaller loads to be traded in for cash at local recycling centers. Oldfield says that it's become so common that California has set up the fraud team to curb the problem. “It’s a big state and an ongoing problem, but we’re bringing to bear all the resources available to try and stop it.”

In 2015 alone, the recycling fraud teams helped with the arrests of eight truck drivers carrying $108,000 worth of recycling materials and a number of similar arrests have already occurred this year. “Our enforcement partners will continue to follow every lead, monitor suspected traffickers and disrupt these criminal organizations before they have a chance to rip off California consumers,” CalRecycle Director, Scott Smithline said.

Victor Collins
There are a lot of holes in this report, other then not having the proper paperwork, there doesn't appear to be any evidence that this driver was attempting to defraud the California consumers of anything. There was a report a week ago that there was an arrest made up around the Great Lakes (forgot which state) but they had to let the driver go because he even admitted that he was going to cash them in but he didn't say where, therefore could not prove the intent to defraud anyone.
Aug 11, 2016 1:53am

Andy Turner
Any reasonable person who sees that many bottles and cans being brought into California is going to suspect fraud is about to be committed. Just saying.
Aug 12, 2016 7:18am

Michael Maccario
70 miles out of route to avoid the port of entry into California. Higher return rate. And the company has been busted before. Good enough
Aug 12, 2016 9:55am

Victor Collins
Michael Maccario, I don't know where your coming from. I base my comments on what is posted in they article. So now that you have additional information, good for you. I stand by my post, so no not good enough.
Aug 12, 2016 10:34am

Victor Collins
Michael Maccario, also until he tries to turn them in, he has not committed a crime, other then maybe some paperwork issues. That would be like arresting you because you might do something illegal. So is that good enough?
Aug 12, 2016 6:06pm

Wayne Leavitt
This is libtard California for you, pass the carb laws then not enforce anything on local trucks- might help if people in California started voting for republicans!
Aug 12, 2016 6:40am

Brett Ruge
So the state that's all about recycling wants to jail someone for recycling?
Aug 11, 2016 2:29am

Software Scripts
Anything about is really important
Aug 11, 2016 4:00am

Eddie Venatta
So did they destroy the alleged contraband? Or did they turn it in themselves and keep the money.
Aug 11, 2016 8:33am

Jim Hibbs
Wasn't their a Seinfeld episode where Newman and Kramer did this using Newman's mail truck.
Aug 11, 2016 10:20am

Ricky L. Hulme
So,,, does this mean that they will arrest every teen-ager that drives across the country to go to collage in California???
Aug 13, 2016 12:15pm

Lorraine McClure Whitman
Smh.....a felony for recycling? Shit you can kill someone with a car and it's only a misdemeanor in CA. (Girl killed two guys on bikes while texting and nothing). Our world is screwed up.
Aug 11, 2016 5:12am

Beth Howells
You cant take it from one state that dont pay the return to another for the cash .you have to live in that state thats how its defrauding the state
Aug 11, 2016 6:37am

Josh Cronch
What if I drive a truck to California daily, buy pop from stores in California but live in Nevada.. am I defrauding the state by returning my bottles to CA?
Aug 11, 2016 10:11am

Andy Turner
Victor Collins If someone lives in their car, does that mean Walmart is their residence if they sleep in the parking lot?
Aug 12, 2016 7:25am