Fourth of July is Nation's Most Dangerous Day For Road Travel


As the nation celebrates its 240 th birthday, truck drivers and motorists should be reminded that July 4th is also the deadliest day of the year to be on the road. July 5, ranks as the sixth most dangerous day of the year for drivers. “The Fourth of July may be one of the nation’s most popular holidays, but, unfortunately, it’s also one of the most dangerous on our nation’s roads,” said Tom Calcagni, Director of Public and Government Affairs for AAA Mid-Atlantic.

The first reason is the sheer  increase in traffic volume. With the Fourth of July holiday falling over a weekend and with the lowest gas prices in years, more people are traveling by car at least 50 miles away from their home. In fact, AAA estimated nearly 43 million Americans will travel this Independence Day weekend with 36 million traveling by car - which makes it the highest Fourth of July travel volume on record. “Eighty-four percent of holiday travelers – more than 36 million people – will drive to their Independence Day destinations, an increase of 1.2 percent over last year,” says AAA. 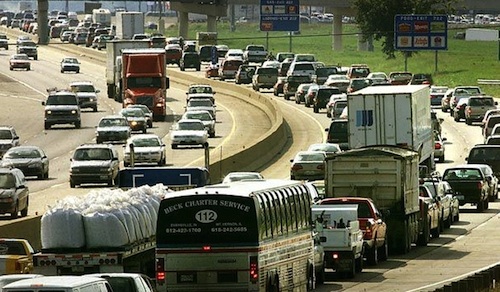 As many truck drivers will also be on the road this Fourth of July weekend continuing to do their essential job that keeps the nation rolling, America’s Road Team Captains issued the following safety tips for motorists sharing the road with tractor-trailers:

Buckle Up: Day or night and even if you’re riding in the back seat – wear your seat belt.

Slow Down: Chances of a crash nearly triples when driving faster than surrounding traffic. The spring and summer are periods when work zones are busiest. It is important to reduce speeds when traveling through those areas.

Do not drive impaired

Keep your eyes on the road: Distracted driving is a major cause of traffic accidents. Even just two seconds of distraction time doubles the chances of an accident. Use your cell phone when stopped and never text while driving.

Do not cut in front of large trucks: Remember trucks are heavier and take longer to make a complete stop, so avoid cutting quickly in front of them.

Prepare your vehicle for long distance travel: Check your wipers and fluids. Have your radiator and cooling system serviced. Simple maintenance before you leave your home can prevent many of the problems that strand motorists on the side of the road.