Last month a fatal accident occurring in Williston, Florida, involving a Tesla Model S on Autopilot crashing into the rear of a trailer as the truck driver was making a left turn,  left the Tesla driver dead and the truck driver possible facing charges. However, yesterday it was announced that the NHTSA has launched a preliminary investigation to ensure Tesla’s breakthrough “self-driving” feature was working properly and the truck driver has also come forward claiming that the Tesla driver was watching a movie at the time of the accident, which was not mentioned in the initial police report. 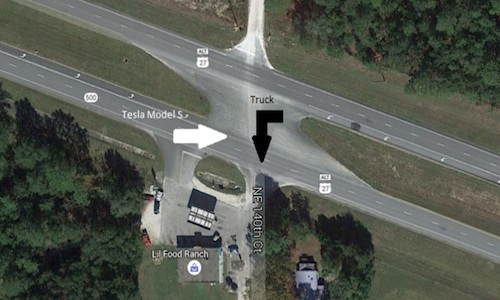 The accident was initially described in the local ‘police beat’ as follows:

“When the truck made a left turn onto NE 140th Court in front of the car, the car’s roof struck the underside of the trailer as it passed under the trailer. The car continued to travel east on U.S. 27A until it left the roadway on the south shoulder and struck a fence. The car smashed through two fences and struck a power pole. The car rotated counter-clockwise while sliding to its final resting place about 100 feet south of the highway. Brown died at the scene. Charges are pending.”

The police report made no mention of a moving playing in the vehicle and Tesla says that while the Model S is equipped with a 17-inch screen, the video playback feature is set to only work for the rear camera feed and cannot play any media. But Frank Baressi, the truck driver and owner of Okemah Express LLC, told media that the Tesla driver was “playing Harry Potter on the TV screen” at the time of the crash and driving so quickly that “he went so fast through my trailer I didn’t see him,” he said. “It was still playing when he died and snapped a telephone pole a quarter mile down the road,”Baressi said. While he also acknowledged that he couldn’t see the movie playing, he said that he had heard it. 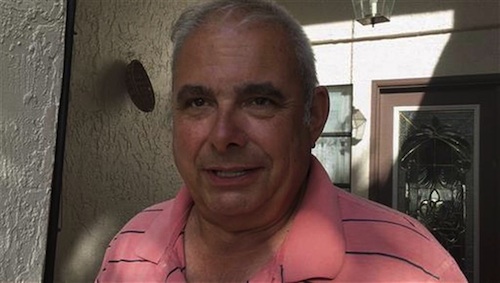 Interestingly, on Friday the Florida Highway Patrol somewhat confirmed Baressi’s claim saying that investigators did find an aftermarket DVD player in the wreckage. Sergeant Kim Montes of the Florida Highway Patrol, told media that a portable DVD player was found in the vehicle, but she didn’t say whether or not it was playing during the accident. She also said there was no camera found, mounted on the dash or of any kind. 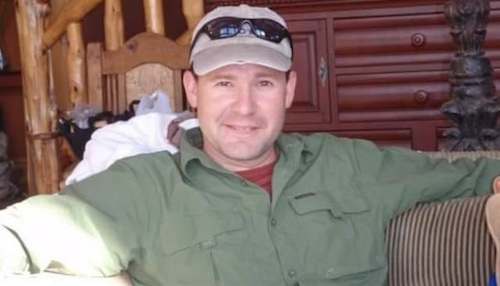 The deceased driver, 40-year-old Joshua D. Brown of Ohio, was a former Navy Seal and owner of the technology company, Nexxu Innovations. Whether or not he was in fact watching a movie, the government said it is investigating the performance of the Tesla Model S sedan’s Autopilot system. If the car had indeed been in “self-driving” mode at the time of the accident, investigators say its cameras failed to distinguish the white side of the turning tractor-trailer from a brightly lit sky and didn't do the job of automatically activate its brakes, as it's supposed to. Sadly, a month earlier Brown had praised his vehicle, which he named “Tessy,” for its sophisticated "Autopilot" system preventing a collision on an interstate. Tesla says this was the first known death in over 130 million miles of Autopilot operation.

Heather Barr
Based solely on the picture the Tesla had the right of way. But..... Distracted driving should come into play for not paying attention and preventing his own death. No cameras of any kind? This is my objection is how do you keep the Tesla cameras clean and clear.
Jul 02, 2016 9:26am

Stephen Carr
Bring up Google maps and look up Lil food ranch, that's where the wreck happen. There is a hill that you can see over. So the truck couldn't see the speeding car and was in his turn already when the car popped over the hill and he couldn't do anything to avoid it.
Jul 02, 2016 8:49pm

Mark A Fitez
I wish they would do away with trucks I'm tired of hearing it 27 years of being a driver is like to see some of these dumbasses figure out how to get there food gas etc
Jul 03, 2016 5:46pm

Griff Ace
That was a joke.they keep showing pictures of the driverless trucks
Jul 03, 2016 6:07pm

Servando Aceves
First of all, all self driving cars can't sense the underneath of a trailer that sits a lot higher than the designed area to scan. Especially when the trailer is side ways. Huge law suit for bad designers.
Jul 03, 2016 10:07pm

Ed Santos
Self driving cars would work if ALL vehicles on the road were self driving and plugged into the matrix.
Jul 01, 2016 3:55pm

Gregory Thornton Sr.
Lets see a self driving truck or car go over the mountians in winter time!
Jul 03, 2016 4:47pm

Dave Vickers
Why don't every one go to the ports and warehouses and pick up your own shit, I am tired of truck drivers always getting the blame for every thing that goes wrong on the highway.
Jul 01, 2016 4:02pm

David Searle
Kate Campbell, I guess you have no idea how the trucking industry works do you? We are at fault for every stupid move a 4wheeler makes. Ambulance chasing dirty lawyers, and butthurt politicians have made sure that we are perceived by the public as drugged out, menaces of the highways. Sad fact is over 90% of commercial vehicle vs pass vehicle accidents are cause by distracted driving on the part of pass vehicle. Check the facts, then come ask why he would be at fault for something causing that robot POS car to crash n kill ppl.
Jul 01, 2016 3:27pm

Betty Winters Martinez
Yes you are a idiot you clueless shit head ..the idiot in the telsa was watching a movie when he smack into the big truck ...
Jul 03, 2016 1:48pm

Michael Maccario
Regardless if he was watching a movie, and should of been paying attention. The truck should of waited to traffic was cleared before completing his turn. The truck is at fault. Tesla sensor system needs to be redesigned to see the height of trucks. Btw I'm a trucker. And most these truck drivers out here today have no business on the road. Both parties are at fault. Tesla preaches to people buying these cars they need to pay attention and be aware. Rather you like self driving cars or not. It's the future. BMW and Intel have teamed up to have a fully functional self driving car by 2021.
Jul 02, 2016 4:30pm

Stephen Carr
Perhaps it was clear when he started his turn, perhaps the car was speeding excessively, perhaps during his turn something happend like popped out of gear. So many what ifs. But only what if that really matters is what if a human had been in control of the car and been able to brake. Tech is great but to allow it to control a car is about as stupid as finger print locks on guns. Drivers should be paying attention cause shit happens. And this isn't the first time the tesla system has failed. It also failed to notice a broke down van and rearended it. Heck if I hit every car the pulled out in front of me I'd have a massive junkyard of cars and trucks.
Jul 02, 2016 8:40pm

Stephen Carr
And if you Google the Lil food ranch where it happen and click on the street view the car was coming up over one side of the hill out of the trucks line of site. I was just doing little research on it..
Jul 02, 2016 8:52pm

Roy Sellers
What car makers need to be looking at is how to make the headlights turn on when the windshield wipers are on...
Jul 04, 2016 11:25am

Earle Denny
Wtf is a self driving car? And why is it on the road with trucks. You people might like your gadgetry but it all comes down to being in control of your vehicle. As a real truck driver who worked for overnite transportation and ups freight for over 24 years arm chair quarter backing this accident is foul . a car that can drive itself is the infancy of innovation. So you have to be aware at all times. Not watching videos . do airline pilots with the world's most sophisticated sensors not pay attention? This is stupid.
Jul 02, 2016 10:15pm

Bryan Moeller
There's enough reliability issues with the GPS and related equipment on a and construction machinery. Sure as hell wouldn't trust a truck with it.
Jul 04, 2016 7:42am

Kim Carter
Betty Winters Martinez I am a democrat! How the fuck would you feel if I wished ill of you and your family? Why does everything have to turn political or a race riot?? People are so judgemental towards truckers these days. I think every single person should be required to go for a ride in a semi.....just once to see what the drivers go through on a daily basis. Miss Betty you my dear would be the first person I put in passenger seat of my cow pot draggin son. Not all democrats think alike!!
Jul 03, 2016 5:27pm

Betty Winters Martinez
Every liberal democrat should drive a Tesla and smack into a tree
Jul 03, 2016 1:49pm

Bob Dunn
Most ridiculous thing i ever heard of, if people are either to unqualified or just to lazy to drive there own vehicle, take the fucking bus. Aint no fucking way id let some dick wad computer drive my vehicle, u fucking people are nuts, self driving vehicles, wtf, retards.
Jul 03, 2016 12:55am

Betty Winters Martinez
The idiot was watching a movie it was reported last week and here is the kicker the owener of the telsa was a navy seal ..
Jul 03, 2016 1:46pm