Mississippi authorities are continuing to investigate what happened to 36-year-old Milledgeville truck driver, Tommy Lee Wilson. They’ve released photographs of a blue Mercedes leaving the truck stop where Wilson last parked and are seeking the public’s help in locating the car and its driver. Anyone with information about Wilson or the driver of the car shown in the police photograph is asked to call the Newton Police Department at 601-683-2041. 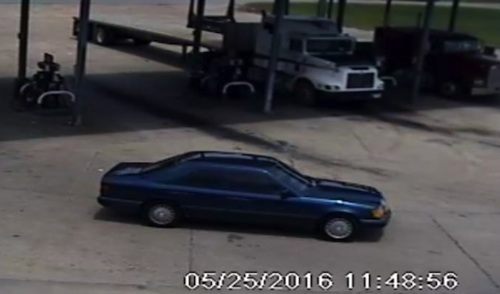 Wilson’s decomposed body was discovered on Memorial Day in a field about 150 yards away from where his semi-truck had been parked at Newton Junction Truck Stop, off state Highway 15 near Interstate 20 in Newton, Miss. His body was so badly decomposed that authorities are still trying to determine his exact cause of death. In the meantime, Newton Assistant Police Chief, Bud May and police Investigator, Bruce McCraw are continuing to chase any and all leads and working closing with agents with the Mississippi Bureau of Investigation to determine whether there was any foul play involved.

Wilson’s Peterbilt truck was found at the truck stop with the cab ransacked and at least one window broken out. A few days ago, police released the photographs of the blue Mercedes as a possible lead in the investigation. “Yes, we’re interested in it,” McCraw said. He then said he could not go into any details as to why authorities are interested in the car or how it might relate to the investigation. “I’d rather not comment on this any further,” he stated.

Sadly, the other recently missing truck driver from Altoona, Pennsylvania was found dead in California on Sunday. The Tulare County Coroner’s Office have confirmed the identity of 53-year-old Barry Glass and are awaiting results of a toxicology report before determining his exact cause of death. At this time, foul play is not suspected but authorities say they are continuing to investigate the situation. 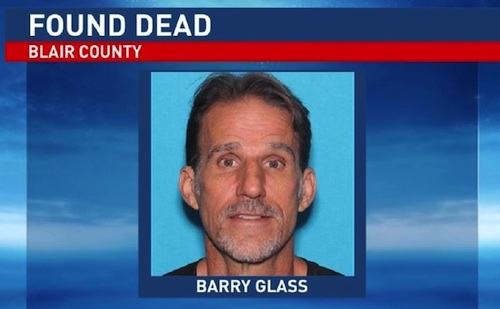 Glass was last seen on May 31, when he completed his delivery job at the Tule Indian Reservation in Porterville, CA.Then last week, the Tulare sheriff’s department was contact by authorities in Pennsylvania who said the truck driver was reported missing and had last been heard from in Tulare County. Police, news agencies and the trucking community helped circulate information about the missing truck driver and his rig via television and social media. On June 1 and 2nd a Tulare County resident noticed a white 2012 International ProStar parked in Terra Bella at the Sierra Minit Mart on Avenue 95 near Highway 65. She recognized it was similar to the photos of the truck she saw posted on-line and after she saw it still parked there on June 12; she contacted the sheriff’s department. At about 7 p.m. on Sunday, authorities located the rig still parked at the same location and found the truck driver’s decomposing body inside the cab.

Sergie Pinede
I'm thinking the guy found in ca may of died to due heat and lack of air I think u know they say u can't idle and he had been parked and reported June 1 and 2 so I'm thinking it was a heat issue other driver found in field had to be some kind of foul play
Jun 16, 2016 10:31am

Susan Cidoni Menges
That big Mercedes is an early 90's model i believe. Most likely a 300SDL or 350SDL turbodiesel. I am almost certain that is not a stock color blue. The rims are stock, however. Anyway, it's a very sad thing about the drivers. Prayers for justice for the drivers and their families.
Jun 17, 2016 8:11pm

Phyllis McClure
SO sad. Praying for family and all. HE probably knew to much about things. Anyway it's sad for all who drives its hot long drives does anyone know about the tunnels taking things to going under. Hope they find out how it happened BUT. Thinking about the family
Jun 18, 2016 5:38am

Ernie Campbell
Not one word of a Lot Lizard, Jeeeeeez, Why is it somebody is judging before fact.
Jun 15, 2016 5:35pm

Ernie Campbell
Not with Me and I'm sure there are plenty of drivers who don't need lot Lizards si apparently your speaking from experience and You don't know what happened to that driver, your one if those that when You see a wreck your the one grabn the mic and saying Oh He fell asleep or some other stupid shit You have no clue about.
Jun 17, 2016 7:55am

Irene Sowder
There is to much hate out there not enough respect for truckers or anyone else
Jun 16, 2016 4:53am

Jeff Spica
Stop listening to shit-house lawyers. Having a dog doesn't make it okay to idle any more than being poor makes it okay to steal.
Jun 18, 2016 10:53am

Jon Rubin
Jeff Spica I can guarantee you if it's hot enough out and I have my dog with me and I happened to be in California I will be idling and there's not a damn thing they can do about it. Because if they try and tell me I can't idle I can probably do them for animal cruelty.
Jun 18, 2016 10:58am

Tania Hall
The Newton drivers truck was vandalized and gone through ... may have just been a wrong place wrong time ..
Jun 16, 2016 2:06pm

Sergie Pinede
Looks like tulare county one can be a health issue and other is hard to say one driver looks to of been robbed or something they said he was found in a field the guy found in Tulare was found in his cab
Jun 16, 2016 10:28am