Distracted Driver Dies in Detroit, Another Causes I-65 Pile-up in Indiana


In two separate cases of distracted driving, a woman has caused her own death, and a truck driver has caused a pile-up leading to his arrest and likely the loss of his job. On Thursday evening a 67-year-old woman was driving along Interstate 75 in Detroit, heading towards the Ambassador Bridge to the Canadian border. Michigan State Police believe she was distracted by her cell phone and did not notice the traffic stopped ahead. She came upon a semi-truck that was stopped in the right northbound lane near Clark Street, waiting to cross the Ambassador Bridge into Canada. Tragically, the woman's Chevy Impala crashed into the back of the trailer and became wedged underneath it. 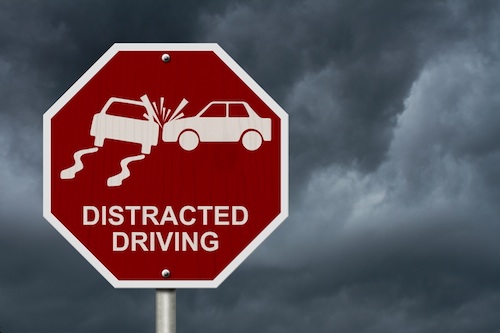 "Based on information obtained during the initial investigation, it appears she may have been distracted by her cellphone," police said. The woman had to be cut out of the mangled wreckage and she was taken to Detroit Receiving Hospital, but died soon after. Her name has not been released to the public. 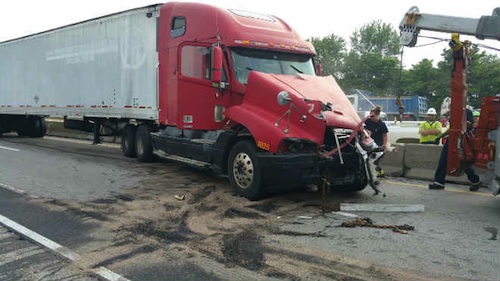 Earlier on Thursday, another incident involving a driver failing to slow down resulted in a chain reaction crash involving six semi-trucks. The crash occurred at around 4:15 pm on I-65 at the 92-mile marker in Johnson County, Indiana. This time it was a truck driver who failed to slow down for stopped traffic ahead. According to Indiana Police, Jose Montalvo, 43, of Hialeah, Florida, was driving a red 2000 Freightliner when he came upon stopped traffic in the right lane. It is uncertain whether he even noticed the traffic at all or simply too late, but instead of stopping, he rear-ended another semi, which caused a chain reaction involving six other semis and a van.

Fortunately everyone survived the crash and only one driver was hospitalized with minor injuries. However, Montalvo didn’t stick around to find out and fled the scene on foot before police arrived. He was later located by the Johnson County Sheriff’s Department and taken to jail on charges of driving with a suspended license, leaving the scene of the crash and driving without insurance. Montalvo was also cited for following to closely and several federal motor carrier violations. The northbound lanes of I-65 near Franklin were closed for nearly three hours while investigators surveyed the crash site and crews worked to clear the road.

Ray McGhee
You would be amazed at how many steering wheel holders from South Florida have a suspended or no CDL to start with. I live in Florida and have a couple cop friends and they tell me they average at least 2 drivers a week in that category.
Jun 05, 2016 4:15pm

Gregory Thornton Sr.
And we wonder why things keep changing in our industrie?
Jun 04, 2016 9:19pm

James McCreight
I saw the aftermath of the Detroit crash. I had no idea what type of car it was. Completely mangled. What about the truck that caused the shut down on SB i-75 Friday evening near Monroe,MI? Anyone got a link to any information on that wreck? Heard the driver passed.
Jun 05, 2016 11:01pm

Randy Rekow
Suspended license, no insurance, playing on his phone & rear end someone, leave the scene of the accident, etc etc etc. If Jose Montalvo isn't in jail or prison seems he'll just get back in a truck again, he don't know anything else to do for a living I guess & just don't care to straighten up his act. Seems a perfect example of 'Some people never learn.'
Jun 04, 2016 3:43pm