As we head into the Memorial Day weekend, severe weather is making traveling difficult in states across the nation.  Already heavy rains, high winds and tornados have wreaked havoc and closed roadways, making it nearly impossible for truck drivers to do their job. Severe weather warnings continue to remain in effect for many areas throughout the next few days. 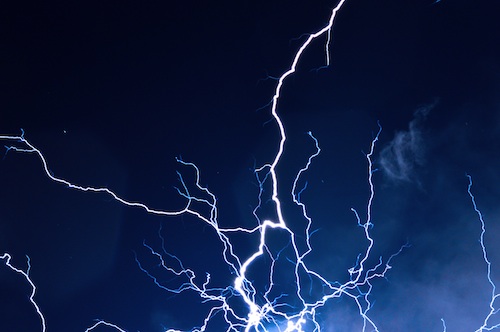 Early Friday morning, heavy rains in Pennsylvania caused two tractor-trailer drivers to lose control of their rigs on Interstate 78. According to Pennsylvania State Police, the first incident occurred at around 3:30 am on I-78 just past the Route 33 interchange in Lower Saucon Township. The rain-slicked roads caused the first truck driver to slide into a guardrail and then come to a stop in the right lane with his trailer extended across the right and left lanes. A second tractor-trailer came along and again the wet roads prevented the driver from being able to stop in time. Police say that truck hit the right side of the first tractor-trailer and the impact pushed the tractor-trailer over the guardrail. The truck landed on its side and slid down the embankment but fortunately nobody was hurt. However, the right lane was closed for hours and the left lane was shut sporadically in order for emergency crews to remove the wreckage. The incident caused a major traffic back up for miles until all lanes were gradually re-opened by late morning. 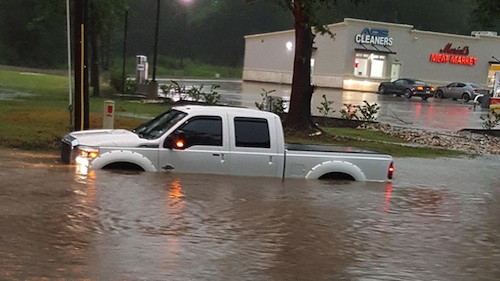 In southeast Texas, flash flood emergencies are currently in effect after the area already received over 16 inches of rain Thursday. The weather has forced many road closures and emergency workers have had to rescue several people from their vehicles on flooded roads and even from flooded homes. "We've probably had well over 100 rescues of people from cars," said Darren Hess, deputy emergency management coordinator for Montgomery County in Texas. The National Weather Service says the radar currently shows a heavy downpour of rain moving through the area and the dark, stormy weather is expected to continue through the week. 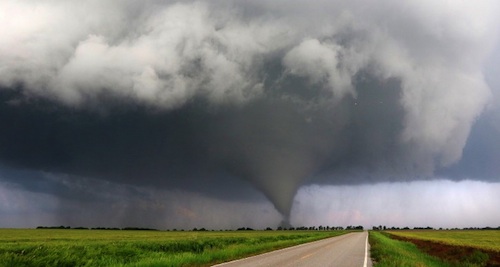 A system of heavy thunderstorms, hail, flooding and tornadoes have also been moving across the plains since Monday, closing down roads and leaving residents stranded in parts of Kansas, Missouri, Iowa and Nebraska. On Tuesday a tornado struck Chapman, Kansas, and stayed on the ground for about 90 minutes, injuring dozens of people and destroying about 15 to 20 homes. Then another storm struck Wednesday and destroyed at least 28 homes. The storms also left significant damage in Dickinson County, Kansas and left a path of mangled trees, flattened homes and shredded farmhouses. More storms and tornados are expected to hit the state on Saturday.

The stormy weather has also disrupted travel out of at least two major U.S. airports. On Thursday, the tornado warning forced passengers to evacuate Kansas City International Airport. The disruptive weather also extended to Colorado, where a severe thunderstorm forced the Denver International Airport to ground flights on Thursday. Flights remained grounded until the storm passed and crews were able to clear hail from the runways.

Joey R Moreno Sr.
Lupe Moreno,Raymond Ayala.. Be careful on your travels across the United States .. If you pull into a major truck stop they always have the weather reports going on some screen..
May 28, 2016 12:30pm