Just months after a company called Convoy announced itself as one of the first to “uberize the trucking industry,” the Seattle based start-up has raised another $16 million from investors and is expanding operations to Oregon. 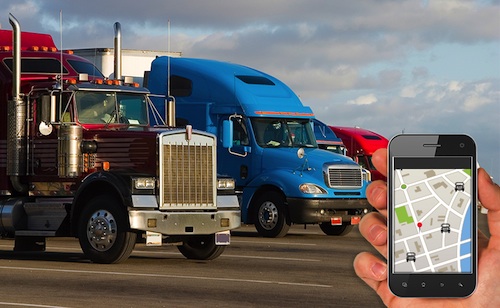 Among the latest of new on-demand businesses describing themselves as “Uber for x,” Convoy is a tech company that connects truck drivers with freight that needs hauling. The software has been developed as a website and app, which allows freight companies to enter information about what they need moved, including the equipment required. Trucking companies are then able to browse the available jobs and claim the job. While the traditional protocol involves companies going to third-party brokers to find truckers, Convoy pledges to cut out the middleman and ultimately lower transport costs.

“We created Convoy to transform trucking and raise the expectations of shippers and carriers alike,” Convoy CEO Dan Lewis said. “Shippers need trucks to be available on a just-in-time basis more and more, but the carrier industry is very fragmented.” According to Lewis, it is the industry’s fragmented nature that creates the need for brokers to interact with multiple carriers on behalf of a shipper to determine their availability, followed by price haggling and back-office administrative headaches. In fact, Lewis says its not uncommon for a broker to conduct more than 200 phone calls per day just to arrange, track and complete shipments. And in this IT era of mobile apps and GPS navigation, brokering by telephone is a timely and costly way of arranging shipments. For local trucking jobs, the fees can be up to 45 percent of the job, he explained. “Anything that makes the middle work faster, more efficiently and transparently saves money at both ends,” Lewis said. Head of operations, Kristen Forecki, says Convoy was able to raise the second round funding so quickly because of high demand from the trucking industry and fast growth of the company.

Mari Taitano is a dispatcher at Carlisle Construction Material and says this new technology provides an easy way to quickly communicate a lot of information and the tracking system shows companies where their freight is at all times. She explains that as soon as a driver completes a job, she automatically gets a document showing the delivery has been completed.

Another company, Cargomatic has seen similar success after launching also launched its app in Los Angeles. In just a few months, Cargomatic has rolled out to the New York tri-state region and the San Francisco Bay area, and has since raised $8 million to expand its platform.

Charles Marinello
I think it's a great idea trucking companies with talk directly to the shipper and cut out the broker and that will increase rates and pay
Mar 26, 2016 8:50am

Kris Carter
This isn't the taxi business they're getting into now. They're dipping their hands into a federally regulated industry. Them giant trucking companies who lobby the fmcsa usdot will stop it.
Mar 24, 2016 3:23pm

James R Maxwell
It's amazing how many dolts don't READ the articles and make stupid comments. These are the same drivers that make themselves look like idiots at the Liar's Counter in the truck stop. Can't wait to hear the first "Uber is moving into the brokering business story."
Mar 25, 2016 5:40am

Luther Chambers Mcmillian
James R Maxwell No... I've read enough it's still same deal and its referred it's referenced as uber
Mar 25, 2016 8:16am