Nearly 3 years after the FBI and IRS raided the corporate headquarters of Pilot Flying J in what became a highly publicized alleged fuel rebate scandal, federal indictments were unsealed on Tuesday revealing charges against the company’s ex-president, Mark Hazelwood, and 7 other former executives. The indictment list does not include Pilot Flying J’s famous owner, Jimmy Haslam. 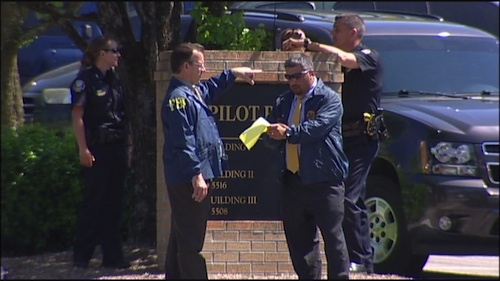 What the indictments do say however, is that Hazelwood and the other executives had allegedly agreed on a fuel program to purposefully defraud small trucking companies by promising rebates as part of their fuel contracts and only rebating a portion of the promised amount. The fraud scheme continued for 5 years and the 8 people indicted are now being charged with conspiracy, fraud, witness tampering and lying to federal agents. Meanwhile 10 other employees have pleaded guilty and have been cooperating with the investigation, providing authorities with key evidence involving things that essentially became part of performing their "job." So far, the presented evidence includes an email from the company’s former sales Vice President, John Freeman, instructing others how to deal with customers and play along with the scheme. “Say one thing, do another,” he instructed.

The indictment also outlines how sales staff often promised customers a certain discount but gave them a lesser one and it provides several examples of employees and their bosses discussing how to coordinate the lies they were telling customers and to not to get caught. In one email, an employee quotes Freeman’s instructions as "we just need to sing from the same hymn book." There are also other emails where employees discussed the need to determine which customers were likely sophisticated enough to catch on to the fraud and to only prey on the less sophisticated ones.

Despite the evidence, Freeman, Hazelwood and the other 6 indicted former employees all pleaded not guilty on Tuesday. However in July 2014, Pilot Flying J had signed to an agreement with prosecutors to pay the government a $92 million penalty, accepting responsibility for the criminal actions of its employees. Then Pilot paid another $85 million to settle a class action lawsuit involving 5,500 trucking companies. Owner Jimmy Haslam has continuously denied any knowledge of the fraud or any personal involvement, as he says he is not involved with the company’s day-to-day operations.

Pilot Flying J’s new officials issued a statement saying they were "disappointed and saddened" by news of the indictments. "We can say that since this unfortunate episode began, the company has put in place policies and procedures unparalleled in the industry to prevent anything like this from happening again."

Randy Schaad
Haslam should be convicted for owning and designing such shitty so called truckstops called pilot. The dumbasses pull up on the fuel island for a hour because there to fat and lazy to park there trucks. I dont buy fuel at shit pilots
Feb 11, 2016 7:18pm

Janis Cameron Rogers
Without those horrible truckers u literally couldn't buy anything
Feb 13, 2016 9:13am

Samuel Lee
Pilot Flying J is like the big banks. There to funnel money to the government without paying criminal penalties.
Feb 11, 2016 7:58pm

Craig Zwiener
It's a shame how the name Flying J is used for this article in the headline. That was a good brand. In this article, the use of Pilot alone is appropriate. My 2 cents.
Feb 13, 2016 3:06am

Nicholas Tomcheck
The government don't like competition that's why they received 92 million. Talk about a ponzy scheme study your history on social security!
Feb 10, 2016 8:41pm

Phil Killerlain
I have yet to figure out ! Why everyone of these fuel company's ( J & TAs & almost every major ) give these discounts ? Why not set a reasonable pump price and charge everyone the same ? Then the large carriers would not have such an advantage over the smaller companies and single O/Os ! It would also get rid of these kind of troubles ! Because anytime you have the kind of money that was involved in these schemes ! Someone is tempted to screw you !
Feb 11, 2016 6:52pm

Dan Guise
then ppl wonder why i dont patronize pfj all id be doing is linning their pockets with hard earned money for fuel thats $.10- $.20 per gal higher than any other place
Feb 11, 2016 5:21am

Robert Groves
When it comes ta oil co all of them are crooks the only ones that get caught are the ones not payin the rite people at the time
Feb 11, 2016 10:04am

Dale Stengel
This is why I don't fuel at big truck stop smaller places have cheaper fuel
Feb 11, 2016 7:15pm

Jason Scholbrock
Dam. Government is gting money hunger tht all it is folks money
Feb 11, 2016 11:44am

Michael Mathews
Lol but he fucks u over like a Democrat. Hint just like our president
Feb 11, 2016 7:29pm

Todd Faull
Discounts at some large truckstops are runnin over 50 cents right now. There has to be some collusion somewhere for all the supplier s to be keeping pump prices that far above actual price.
Feb 12, 2016 12:36pm

Shawn Taylor
How is it the f&@king government gets 92 million and the defrauded companies only get to split 80 something.
Feb 12, 2016 5:47pm

Ronald Smith
I am waiting for the time when truckers get enough balls to say we have had enough and take over!
Feb 12, 2016 9:57am