Tis the Season for "Sting Trailers"


According to the FBI, cargo theft has become such a big problem that it’s costing the U.S. between $15 billion to $30 billion in losses each year. After citing the latest trend of cargo thieves using cyber technology to falsify pick-ups, now law enforcement and insurance companies are helping the trucking industry step up the fight against traditional cargo thieves during the high-theft holiday season with the use of "sting trailers." Sting trailers disguised as regular trailers, but they purposely loaded with merchandise rigged with hidden cameras and GPS tracking devices inside, and left ripe for the taking. 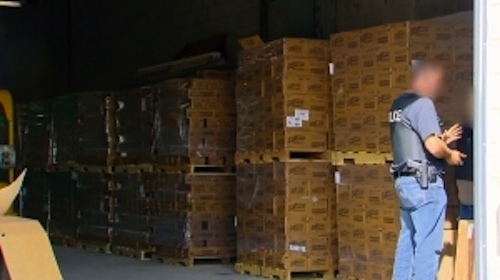 While sting trailers aren’t exactly new, they have became the focus of this year’s efforts to combat the increased cargo thefts that occur during the peak holiday season, when retailer and consumer demand requires the trucking industry to transport the most merchandise. According to Texas based security company, FreightWatch International, sting trailers have already proven to be helpful in giving authorities a better understanding of how cargo thieves operate and how truck owners can better protect themselves. For instance, thieves most often target nondescript trailers that are harder to track down than trailers with company names or distinguishing marks. FreightWatch also says that the hidden cameras record the actual theft attempts taking place, which help to identify the type of locks that are more difficult for the thieves to penetrate. However, they have also learned that this breed of criminals know what GPS devices look like and how to disable them, so hiding them well is key. So far, sting trailers are being used by law enforcement agencies, retail and trucking companies and a few insurance companies such as Travelers Cos. Scott Cornell is a theft investigator for Travelers Cos. and explains that their sting trailer is equipped with $100,000 worth of surveillance gear and its been used hundreds of times by law enforcement agencies across the country, resulting in dozens of arrests. "The primary purpose is to assist law enforcement in targeting organized cargo rings. Every time the sting trailer breaks up a ring ... every trucking company or anyone in the supply chain that moves cargo in that area benefits. It has clearly reduced thefts in areas where there have been arrests," says Cornell.

One specific example occurred last January when the New Mexico state police and the National Insurance Crime Bureau used the Travelers sting trailer to thwart a theft ring operating along Interstate 40 in New Mexico, Arizona and Oklahoma. The sting trailer was loaded with Bose speakers rigged with hidden tracking devices. The trailer sat untouched just east of Albuquerque for days and then finally thieves took the bait and loaded some of the cargo from the sting trailer into their own truck. Police were able to track the stolen speakers to a rental storage space in Lyon Township, Michigan, where a local state trooper found two suspects, a tractor-trailer and two rental units filled with stolen electronics and other goods. When authorities located the nearby home of one of the suspects, they also found over a $1 million worth of stolen merchandise and other items believe to be bought with the profits – such as a $500,000 Ferrari.

Steve Covey, a commercial fraud investigator with the National Insurance Crime Bureau says that while sting trailers have been effective in taking a entire theft ring down, another ring will eventually pop up within months and criminals are always upping the game with technology to counter investigative tools. "They figure out what they have to defeat, so they do their homework and try something new, and maybe that will work for a while. And then maybe the companies will come up with something to fix that problem. It keeps mushrooming," says Covey.