Another Truck Driver Robbed, Another Reminder Why Parking Issue Must Be Solved


The lack of parking space for truck drivers has been a major safety concern for years now, although it seems little has been done to actually solve the problem.  Earlier this week, yet another truck driver found his very life in danger when he had pulled over to sleep and two people targeted his lone truck and robbed him at knifepoint. 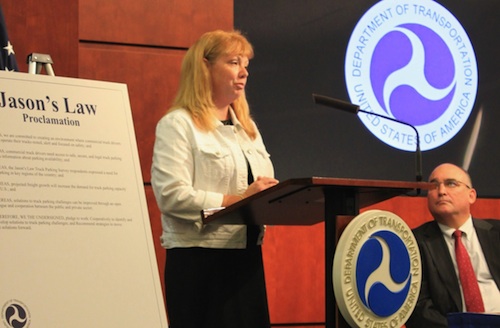 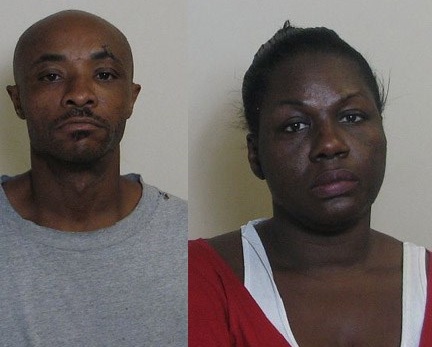 Fortunately the truck driver only suffered minor injuries from the attack and just over a few hours after the Illinois State Police broadcast an emergency message about the incident, a Madison Police officer spotted a van matching the description. He pulled the vehicle over and found the two occupants also matched the description of the suspects, so he immediately took them into custody. The suspects were identified as 44-year-old Darline Coleman and 49-year-old Leroy Pryor, a couple that reportedly recently got engaged. Pryor was charged with aggravated robbery for threatening to use a risky weapon during the course of the robbery and Coleman is charged with armed robbery for possessing the knife during the incident. Her bond is set at $300,000.

In August, the Department of Transportation announced the results of the "Jason's Law truck parking survey", which indicated that nearly half of the state departments of transportation reported that the lack of safe parking is forcing truckers to park in locations that jeopardize their own safety as well as the safety of others. Since then the DOT has begun to take more action appointing a new agency, the National Truck Parking Coalition, to find solutions to this nation-wide concern. Earlier this month the coalition held its first roundtable meeting with participants that include industry, state, and local representatives, representatives from the American Association of State Highway and Transportation Officials (AASHTO), the Commercial Motor Vehicle Safety Alliance (CVSA), the American Trucking Associations (ATA), the Owner Operator Independent Drivers Association (OOIDA), and the National Association of Truck Stop Owners and Operators (NATSO). Hope Rivenburg, is also a major figure in the coalition as she has been fighting for improved parking safety and the implementation of "Jason's Law" after her husband, Jason Rivenburg, was killed when he parked his truck in the lot of a shuttered gas station.

Oliver Queen
How about people actually talk to us drivers about what is needed instead of a bunch of fat old office people who,if ever, haven't seen the inside of a truck in over 10 years.
Nov 27, 2015 5:09pm

Dale Kissell
If some drivers weren't such dirt bags and didn't leave garbage and piss bottles in people's parking lots there would be more available. Who wants to pay someone to clean up their property every day because drivers are lazy
Nov 28, 2015 8:38am

Jason R. Maynard
How about poking a 44 through the bunk curtains. It's our home away from home, and by damnit we have the right to protect ourselves! Let's stick some politicians in the truck with us and say take em to detroit, Milwaukee, Chicago and oakland. Let's see how fast they change their mind then, and i bet it's faster than they can change their underwear
Nov 27, 2015 8:54pm

Ben Afton
I will just say, many states in the Midwest have a peaceable journey law. Carry open or concealed in your truck/vehicle. Either way, better to be judged by 12 than carried by 6.
Nov 27, 2015 11:11pm

Bo Venable
Commercial vehicles are governed under federal law carrying a gun in any state will get you locked up....laws need changed to allow us to carry....this is why we are good targets
Nov 28, 2015 9:20am

Dereck Reinhart
There is no law against having a firearm in a commercial vehicle
Nov 28, 2015 9:47am

Dave Chapman
I never go anywhere without my .357 magnum and it's legal as long as you obey state by state gun laws and make sure your company doesn't have an anti gun policy. DOT knows this!
Nov 28, 2015 10:25am

Curtis Littrell
Bo Venable,your retarded.you keep posting the same thing.Firearms are legal in trucks and they follow the same laws as 4 wheelers.No federal or state law phohibits carrying a firearm in the truck..
Nov 28, 2015 11:31am

Dana Shealey
Only thing that can stop you is if "the company" has a policy. In NY, you CAN have a SINGLE ACTION shot gun in the truck under the grandfather clause of home protection. A sleeper birth is considered "home"
Nov 28, 2015 6:27pm

Smitty Rick
1-The only thing regulating a weapon being carried is the company or the fact you have to enter a port. 2-In the past year or so truck stops are not helping this issue by charging fees to park. 3-if I was to go back OTR I would carry a stun gun and bear spray.
Nov 28, 2015 7:29pm

Brian Kelley
There is NO FEDERAL LAW against truckers carrying firearms.
Nov 29, 2015 8:04am

Terry Sprague
Yeah you better get some protection out for them robbers cause one day thwy wont be so lucky! !!
Nov 27, 2015 4:32pm

Bo Venable
Might as well carry without a CCP guns are illegal in commercial vehicles
Nov 28, 2015 9:16am

Dereck Reinhart
Guns are not illegal in a commercial vehicle that is completely untrue. The issue is CCW permits and the rules of how and where you can carry even with a CCW vary a great deal state by state. The CCW you get from the state where you live will be worthless in many other states.
Nov 28, 2015 9:46am

Dave Chapman
Guns are legal to carry inside a commercial vehicle as long as your company doesn't have an anti gun policy and we abide by state by state gun laws and the nation wide DOT knows this.
Nov 28, 2015 10:21am

Shawn Hutchison
If you can find the law where it states that you can't carry a firearm in a commercial vehicle,I'd like to see it.. Each state has its own laws regarding firearms in the truck,no federal law against it..
Nov 28, 2015 10:21am

Doyle York
Only state I go to and have to worry about anything is IL. Lock box and not loaded Ill have no worries.
Nov 28, 2015 2:52pm

Robert Livingston
I have been pulled over and the dot officer wanted my drivers license and as i was getting it out he saw my cwp and said whats that. I told him and he asked were it was and i told him on my hip. He said "good, that's exactly where it needs to be. I am glad you cary and wish more drivers would" it shocked me but it also lead to a conversation and he let me off with a warning. That was in Iowa.
Nov 29, 2015 9:22pm

James Feltner
Only qualified CCDW holders should be eligible for CDL and vice versa. All duty ammo must be accounted for. All Drivers must qualify annually as do troopers in each state, no exceptions. Real simple, if you don't qualify, you don't truck.
Nov 29, 2015 4:01pm

Kevin Richardson
Out of my year's of driving, I never had any issue in any city. It's called mind your own buisness for starters. With owning a gun it's not illegal, companies keep it illegal by their rules. They don't care about one's life (corporate one's ). All matters is the load,more pressure needs to be put on the companies and states for more parking etc.
Nov 28, 2015 10:46pm

Robert Ward
Truck drivers are getting robbed on the fuel islands, it is not a parking issue, it is a desperate people issue
Nov 29, 2015 1:47pm

Donnie Durrance
Force shippers and receivers to let drivers park there when they need to problem solved
Nov 28, 2015 6:17pm

Randy Rodriguez
Whoa to whom ever stepeth foot in my truck to attempt a robbery.
Nov 30, 2015 6:07am

Rick Mitchell
Arming drivers not a good idea many can't possess anyway but many of the drivers are on a very short fuse and many States will not allow you to carry. Make these truckstops provide security and not the kind you see all the time sitting behind the cashiers texting checking out her or his ass.but also not the type that patrol the parking lot checking trucks for drugs with their dogs. The biggest issue I see is people just don't care they don't want us on the road but heaven forbid that they don't have something at their store because the driver could not deliver or is hurt or that they lose their job because trucks can no longer pick up or deliver to their company because the roads in and out have been off limits
Nov 29, 2015 6:30pm

Michael Huckeba
A person may have a right to carry a gun but that doesn't mean they know how and when they are able to use it. It would only take a few incidents of someone being shot unnecessarily for everyone to lose their rights to carry. (Ie..shot in back while fleeing even if they were trying to rob you or an innocent person hit by a stray bullet) Drivers need to be trained properly before one should be allowed to carry a concealed weapon. It may be your right but common sense or even probable cause is not always enough in the eyes of the law. My brother has been a truck driver for years and I would love it if he could carry a gun but only after he was trained. Any idiot can buy a gun but doesn't mean he knows how and when he can use it. It's all about safety, not only for the drivers but for innocent bystanders that may be around. Current drivers should get together and discuss these things to come up with ideas since they are the best qualified to know what life on the road is like. I pray that a solution is found that will maintain everyone's safety.
Nov 29, 2015 8:38pm

Dave Chapman
I never go anywhere without my .357 magnum and it's legal as long as you obey state by state gun laws and make sure your company doesn't have an anti gun policy. DOT knows this!
Nov 28, 2015 10:12am

Phil Killerlain
Seeing as so far not one answer to the question ! Rock in areas at exits close in Metro areas and most of these are already lighted , run a patrol car by on a regular basis ! THEN SOME HOW GET THE IDIOTS AT THE FMCSA TO END THE 14 HOUR RULE SO DRIVERS CAN PARK IN SAFE PLACES INSTEAD OF PARKING AS CLOSE AS POSSIBLE TO WHERE YOU ARE GOING TO LOAD OR UNLOAD ! Most of the time in the street in shady areas of METRO AREAS ! Thanks and be safe drivers !
Nov 29, 2015 6:55pm

Heather Brannon Tooley
It is NOT illegal to carry in a commercial vehicle- there is no law that exists anywhere that says you can't. It is nowhere in the FMCSR or anywhere else! You just have to follow local & state laws that you travel through.
Nov 28, 2015 2:14pm

Jack Curles
If you can qualify for a TWIC card you already have a back ground check you should be eligible to carry!!!
Nov 28, 2015 10:09pm

Steven Willard
Carrying a gun. We need to be able to protect ourselves on the road just like we do our family and homes
Nov 29, 2015 7:51pm

Michael Mullens
All eligible drivers need to be armed. The second amendment gives us the right, we need to use it. If just half of the drivers out here were armed, then the criminals wouldnt know who was or wasnt. Fear of getting shot is a very good deterrent. .
Nov 28, 2015 6:07pm

Ken Roseberry
Stop fucking with drivers at the REST STOPS nobody wants to park there because they know DOT fucks with you there
Nov 30, 2015 12:11pm

Dave Chapman
I never go anywhere without my .357 magnum and it's legal as long as you obey state by state gun laws and make sure your company doesn't have an anti gun policy. DOT knows this!
Nov 28, 2015 10:15am