After his short stint on Tennessee’s “Top 10 Most Wanted”, it didn’t take long for authorities to track down the truck driver wanted on 13 charges related to the I-75 crash that killed 6 people last June. In fact, it was only a day after Ben Brewer made the list that authorities were able to track him down in his home state of Kentucky and now he is facing 2 more charges following his arrest. 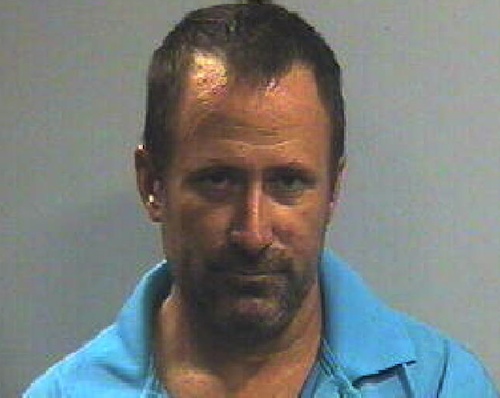 Officers originally went to arrest Brewer at his home in London, KY last Monday but after they were unable to locate him there, they assumed he was on the run and the manhunt was on. By early Friday he was one of TBI's 10 most wanted and the U.S. Marshals Service began working with Lexington police to track the fugitive down. By Friday evening evening, the two agencies had located Brewer and his fiance, Charity Dawn Pennington, at a Hamburg parking lot in Lexington, KY and surrounded their vehicle. At first, he surrendered without incident but after the arresting officers found three grams of methamphetamine, Xanax and a large amount of cash on him and he was placed in the back of the police cruiser, Brewer threw a fit and kicked out window. He was jailed in Fayette County on additional charges of criminal mischief and trafficking a controlled substance.

Brewer is scheduled to be arraigned for the new charges in Fayette County court Monday and he will remain jailed there until he can be extradited to Tennessee where he faces 13 charges that include multiple counts of vehicular homicide. If convicted, each count of vehicular homicide carries between up to 30 years in jail as well as a $25,000 fine in Tennessee. Not to mention that he is also facing two civil suits of $10,000,000 and $12,500,000 for the deaths that resulted from the crash. Things are not looking good for the truck driver. 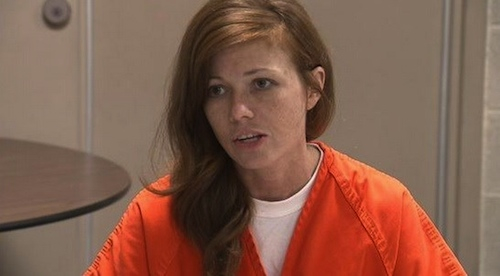 But fiance, Charity Dawn Pennington, spoke out on Brewer's behalf today saying that they weren't on the run since they have been living out of a truck and didn't even know he was wanted. She is also being held in the Fayette County Detention Center on charges of hindering prosecution and drug trafficking. Pennington was also in the truck with Brewer during the deadly Chattanooga crash and says he shouldn't even be charged considering what really occurred.

"He was involved in the crash. He hit the barrier wall to keep from hitting cars. There was other vehicles that wrecked in front of us. We were part of a chain reaction collision... We had talked to the NTSB and had given statements and everything like that and I kinda thought we had put it behind us," she said.

Marquita Lowry Carroll
The latest behavior of kicking out a cruiser window and all that meth, just aren't helping him look any better. Maybe the girlfriend was truly honest in believing they'd put it all behind them (the crash), and apparently that's much easier to do when your high as kite.
Aug 10, 2015 2:48pm

Trucking Unlimited
Agreed. He also probably convinced her everything was fine so she would stick around.
Aug 10, 2015 3:28pm

A.j. Grooms
This story is been fishy from the start. They was piling on the charges so something would stick. If he is on drugs he doesn't need to be on road. But if you let the justice system railroad him. What will they do to us next time? I'm not defending him but this whole story makes no sense.
Aug 11, 2015 7:24pm

Tristan McDonnell
As a cdl holder you're supposed to be the first first responder. Even if the crash has nothing to do with you. If there are no emergency vehicles on scene, you're supposed to stop, call authorities, assess the situation, and provide whatever assistance that is within your power.
Aug 11, 2015 9:13pm

Marcin Wiecek
But did he actually caused the crash,? Or just got mixed up in it while he was high and driving
Aug 11, 2015 6:00pm

Ron Southwick III
who cares. I have other things to worry about then someone else's problems
Aug 12, 2015 7:35pm

Marcin Wiecek
The kicking window out was probably from the withdrawals, no argument here that he needs to be off the road cause he is a drug addict. I just want to know if he really caused that accident
Aug 11, 2015 8:28pm