The truck driver arrested after killing a U.S. Steel employee in a loading area last April, will likely be standing trial on the charge of involuntary manslaughter. On the day of incident police had arrested Meho Saljic and initially said he would be facing homicide charges of some kind. But after hours of testimony and several adjournments, the case's preliminary examination finally wrapped up last week and 25th District Judge David Zelenak ruled that Saljic will be bound over to Wayne County Circuit Court on the charge of involuntary manslaughter. 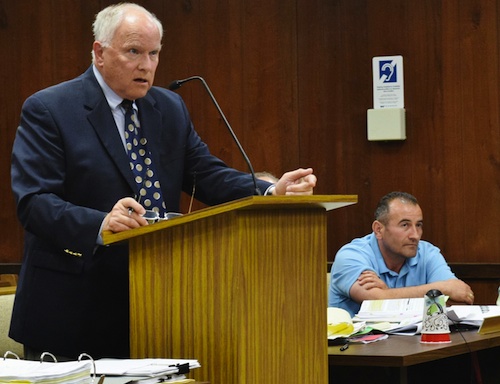 Meho Saljic immigrated from Bosnia to the U.S. over 20 years ago, is a father of three and an ALCO truck driver with nearly 15 years of experience. He was driving a semi-truck loaded with steel coils when he allegedly backed into Heather Warren, a 41-year-old U.S. Steel employee who worked at the facility for three years and had been directing trucks in the loading area of the facility on April 18, 2015.


According to police court testimony, Saljic had secured the coils onto his trailer and witnesses say he interacted with Warren briefly but instead of waiting in line to pull forward in normal operating procedure, he backed his truck up and ran over Warren. While evidence also showed that a side kit on the truck had blocked his vision behind him, Wayne County Assistant Prosecutor Erika Tusar argued that Salijic is an experienced driver with specialized training and was negligent for backing up without prompt, permission or warning. But Saljic’s defense attorneys argued that the situation was a “just a tragic accident, not a criminal act” and that there is absolutely no evidence or motive to suggest Saljic even knew that Warren was behind his truck when he backed up. They also suggest that his language barrier could have been a contributing factor as well.

Truck driver Edward Peterson was also at the location that day and testified that he had been waiting to pull his truck into the loading area when he noticed Saljic’s truck begin to back up towards Warren, who had been standing in the doorway. Peterson said he began repeatedly sounding his horn to get her attention, but it was too late and the truck knocked her to the ground.

“It’s a picture I’ve had going through my head a thousand times, her hard hat flying off. She put her legs up to try to push her body away, but her feet hit the mud flap and it folded her up,” he said. 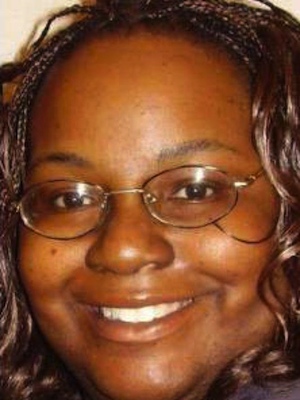 Peterson also told the court that immediately after the tragic incident he told Saljic, “You hit someone, pull forward,” and “there’s something under your trailer,” but he said that Saljic did not respond. Instead, he said Saljic got back into his truck and reversed again, until Warren’s body was passed underneath five of the truck’s axles. To this, the assistant prosecutor told the court “it makes absolutely no sense” why he allegedly continued to back up over the victim’s body even after another truck driver told him he had hit her.


The medical examiner also gave his testimony and told the court that Warren died quickly from injuries that included fractures to her lower extremities and ribs, and lacerations to her heart, lungs and liver. He also revealed more gruesome details that the victim’s blood and human tissue were reportedly found on the tires and axles of Saljic’s truck, but no evidence suggested she was run over by the tires more than once.


For Judge David Zelenak it was enough evidence to that the involuntary manslaughter charge will stick. “Every operator of a motorized vehicle has a duty to back up property. People should be safe and prudent operating any vehicle, from a motorized bike to a trailer carrying coil,” he said during his ruling.

Saljic remains out on a personal bond and will be arraigned at 9 a.m. July 7. The court also ruled he can no longer drive a commercial vehicle.

Ryan Richards
It is both of their faults, if you have to blame anyone. After reading this I definitely don't think it was a criminal act. Merely a tragic accident!
Jun 29, 2015 12:38pm

Tom Lord
A couple of things, he ran over her stopped, was told he ran over her and then continued running over her. 2nd he's been in this country for over 20 years 15 of which driving a truck and there was a language barrier? Yes this was a tragic accident but this guy was negligent by not following proper procedure. Furthermore he violated FMCSR section 391.11 by not being able to understand english. His actions caused her death.http://www.fmcsa.dot.gov/regulations/title49/section/391.11
Jun 29, 2015 1:27pm

Richard Lewis
Apparently this rule isn't enforced at all. I live and work mostly in Texas. I know a lot of end dump drivers that can't speak for understand a word of English
Jun 30, 2015 8:44am

Jon Potter
No that law they don't go by and that law is exempt in certain situations it's a bad call on both of them and she should have not had the headphones or earphones on in what is called an active work zone, that is also causing her to be considered as not alert in her environment it's a sad deal but yea
Jun 30, 2015 2:43pm

Minnie Kasper
Tragic accident yes, however the language barrier shouldn't of been an issue since regulations state that you need to be able to read and speak English sufficiently enough to converse with the general public (but my interpretation of that is going beyond "hi, how are you").... He's been in the country long enough and driving long enough to know English enough to comprehend "no, you must wait in line with everyone else to exit the property".... She should of known not to of been behind a truck in a position that the driver couldn't see her
Jun 29, 2015 11:21pm

Andrea Libby
Please stop using 'of' in place of 'have'. Trying to decode what you wrote detracts from the message.
Jun 30, 2015 2:32pm

Minnie Kasper
Uh.... Miss English grammar cop Andrea Libby, perhaps if you would read it correctly and not ebonically, you'd understand it... The language barrier should not of been an issue..... (we won't talk about my degrees 😉)
Jun 30, 2015 9:19pm

David Carmichiel
I've pulled in and out of us steel and can tell you your not aloud to back up with out a spotter. And the number one tool when using a spotter u don't see them stop!! It is his fault he should have gotten out to look if he wasn't sure. 10 years of driving I've come to figure out it don't matter how many spotters u got you hit something or someone it's on you!
Jun 30, 2015 12:49am