Another Truck Driver Fatally Shot, Hunt is on for Gunman


It's been just over a month since a  fuel truck driver was fatally shot during a late night delivery in Fort Worth, Texas and already another truck driver has been gunned down under similar circumstances, this time in Yeadon, Delaware County PA.

At around 3:44 a.m. on Tuesday morning, 63 year-old Thomas Childs was about leave for his regular route to New York when police say that he was gunned down just as he getting into the cab of his delivery truck. Yeadon Police Chief, Donald Molineux, said that Childs suffered at least two gunshot wounds and that they weren’t yet sure if it was a senseless killing or an attempted robbery that led to the shooting. Molineux says that also at around 3:44 a.m., the police had received a 911 call about “a suspicious person” at 6250 Baltimore Ave, which is the site of the former A&P warehouse that now houses a dozen or more businesses including Ridgway Industries, where Childs had been employed for 15 years. 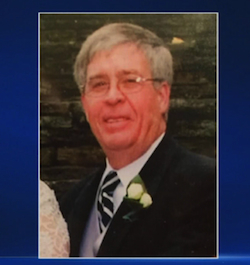 When police arrived on the scene, they found a box-truck backed into a loading platform and Childs lying outside the truck on his back. They immediately saw the gunshot wounds on this upper body and unfortunately, he had already died from his injuries. Molineux also reports that the driver’s side door to the truck was open and the interior light of the cab was on, which is what initially caught the attention of the responding officers. The box-truck was one of two parked behind a large trash dumpster, which easily hid it from view of anyone passing by the area. Molineux says that Childs had driven his own car to the loading dock that morning and that his water bottle and lunch box were in the truck, and he had already completed the necessary data entry into the computer on-board. “His truck was ready to go,” Molineux confirms.

Thankfully, the 911 caller was another truck driver employed by a different company in the same complex. He had been returning from a delivery when he heard a noise he thought could have been gunshots and then noticed a suspicious individual walking away from the area of Ridgway Industries and at one point the witness said he observed the man reaching into his waistband. He then stopped to notify authorities and have since given police a composite sketch, which was released by the Delaware County District Attorney’s Office on Tuesday afternoon.

“No one ever deserves this, but especially not him,” said Frank Ball, office manager for Ridgway Industries. “He was a great guy, a hard worker. He didn’t deserve what happened.”

Dave Hash
This happened 10 minutes from my house, and the victim was a good friends father-in-law. Apparently, he wouldn't have had time to pull a weapon. It comes down to being aware of your surroundings, no matter how safe it's always been.
Jun 10, 2015 5:25pm

Trucking Unlimited
Wow. Thanks for sharing that, we're all very sorry for your friend's loss and to all who knew this man. Sounds like he was a really good guy. Hopefully this composite and the security cameras will lead to a quick arrest.
Jun 10, 2015 6:05pm

Gary Zmijewski
You are allowed to carry. I have my CPL here in Michigan and I spoke with a DOT officer here and he said that it's perfectly ok for me to carry in my truck as long as my company doesn't have a policy against it. There is also nothing in the Federal Motor Carrier hand book that says you can't. I stood and spoke to the DOT officer with my pistol on me just had to let him know I had it. I carry everyday and everywhere.
Jun 11, 2015 10:07am

Scott Clifford
Right on Michael real dont understand why drivers cant have a weapon they need to be able to protect them selves
Jun 10, 2015 1:34pm

Gary Zmijewski
You are allowed to carry. I have my CPL here in Michigan and I spoke with a DOT officer here and he said that it's perfectly ok for me to carry in my truck as long as my company doesn't have a policy against it. There is also nothing in the Federal Motor Carrier hand book that says you can't. I stood and spoke to the DOT officer with my pistol on me just had to let him know I had it. I carry everyday and everywhere.
Jun 11, 2015 10:08am

Jennifer Jardine DuRoss
Dave Hash, not my business, but as your friend, i hope you consider utilizing your rights . ..
Jun 10, 2015 6:32pm

Wild Bill
If it was a high jack he would have given them the truck it's a big loss to the industry drivers like that are born not made
Jun 13, 2015 6:55am

David Searle
Guns are fuckin stupid and for cunts. Unless you're a woman, or elderly, or protecting this country for a armed service, military branch. that's the only time any civilian should have a gun. If you have a gun for self defense and your a man, you're a big gapping twat. Point a gun at me, you better pull the trigger and make sure I'm bleeding out, cause I will take it from you and beat you to death with my bare hands. Then take your gun and sell it to the only other sub human life forms that think using a gun "protects" you, that's the street pharmacist that sells poison to your kids. This driver lost his life because another asshat hides behind a gun. Maybe I'm a lil Neanderthal'ish, but I'd rather smash your face in with my hands than put a hole in you with no effort. The prob is everyone's so scared in this country. They've forgotn to believe in themselves and FIGHT for what's theirs. It's easier to shoot and steal. All because everyone's got a gun. Fuck that. I could care less if the gov came n got every firearm, not gonna affect me or my fam at all. Because my folks taught me how to fight and protect myself without grabbing a gun and tryin to intimidate someone with it. Such a waste of life, gone in a flash cause of another coward with a coward tool
Jun 13, 2015 4:09am

Carlos Castaneda
I can't believe some people actually think that way. Guns are tools but so r knifes, shovels and hammers. All can be used the same. So just to make sure some one else doesn't try to use them against me. I think I'll keep my guns.
Jun 13, 2015 7:07am

John Hilburn
U can carry if u have a concealed permit just can't carry in states that don't honor the permit I called my dot in my state and asked them and they said it is legal I live in iowa
Jun 13, 2015 4:56am