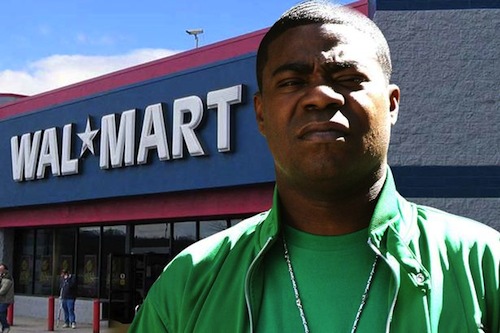 While the family of  James McNair reached a $10 million settlement with Walmart last January, Morgan and Walmart had initially engaged in a “blame battle” prior to their own settlement. Morgan’s lawsuit claimed that the Walmart driver was fatigued at the time of the crash after their findings indicated that he had been awake for more than 24 hours prior to the accident. Truck driver, Kevin Roper, has also been facing criminal charges of vehicular homicide and assault by auto as it was also found that he was going 65 mph in a 45 mph speed zone when he smashed into Morgan’s limo. However, Walmart had initially tried to skirt Morgan’s civil suit by blaming the severity of his injuries on the allegation that Morgan was not wearing a seatbelt. Morgan had responded with a public statement expressing his disgust and disbelief saying, ““my friends and I were doing nothing wrong.”

Benedict Morelli, the attorney representing Morgan and the two surviving fellow passengers, Fuqua and Millea, has also made several public statements indicating that all three men sustained serious injuries that they'll likely be dealing with for the rest of their lives. “Morgan, Millea and Fuqua all suffered grievous injuries in the crash, including brain injuries,” said Morelli in a statement last year. “Tracy Morgan also suffered a broken leg and broken ribs in the crash and is struggling every day, fighting hard just to get incrementally better,” Morelli has also said. The lawsuit claimed that Morgan hasn't worked since the accident and that his injuries have significantly impacted his substantial earning power as a performer. 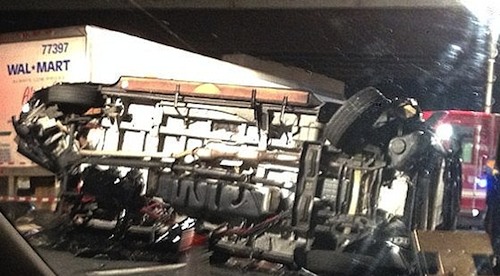 For whatever reason, Walmart ultimately changed their tune and reached settlements to satisfy all parties. While the $10 million McNair family settlement was a highly publicized amount, both Morgan and Walmart have chosen to keep the details of their settlement under seal but we certainly guess its enough to satisfy a celebrity. “Wal-Mart did right by me and my family, and for my associates and their families. I am grateful that the case was resolved amicably,” said Morgan.

Walmart president and CEO, Greg Foran also made a statement confirming the resolve. “While we know there is nothing that can change what happened, Walmart has been committed to doing what's right to help ensure the well-being of all of those who were impacted by the accident. We are pleased to have reached an amicable settlement that ends this litigation,” Foran said.

Advocates for Highway and Auto Safety also used the news of this week's settlement as another opportunity to make their own public statement shaming the government for ignoring the impact of driver fatigue and "pandering" to trucking interest groups instead. "Unfortunately, crashes like this one involving a truck driver who fell asleep at the wheel will continue to kill and maim innocent families if Congress continues to pander to the wishes of special trucking interests," said Jackie Gillan, president of Advocates for Highway and Auto Safety.

Trucking Unlimited
according to reports, they looked back through his log records and driving route.
Jun 01, 2015 4:08pm

Jay Oswald
Yea but they said that as soon as it happend i maybee wrong but doesent wal mart have computors in there trucks
Jun 01, 2015 11:18pm

David Searle
How much damage could be done, he was clinically retarded before, he must have went full potato
May 30, 2015 7:57pm

Randy Crain
Well maybe he can take that money and buy some acting classes so he can learn how to be worth a crap on the big screen...
May 29, 2015 5:57pm

A.j. Grooms
I hope it's enough we never have to hear his shitty jokes again. Please stay in hiding Tracy Morgan
May 30, 2015 5:48am

Jay Oswald
They keep blaming the truckers for all these wrecks maaybe the boys in dc should ride with drivers an see what really goes on
Jun 01, 2015 3:26pm