It’s a case of witness tampering gone wrong that sounds more like the plot of a mob movie, but it stemmed from a service violation in our very own trucking industry. Former owner-operator, Devasko Lewis, has been sentenced to life in prison without parole for the murder of a relative of a federal witness who was supposed to testify against him for criminal violation of an Imminent Hazard Out-of-Service Order issued by the Federal Motor Carrier Safety Administration. 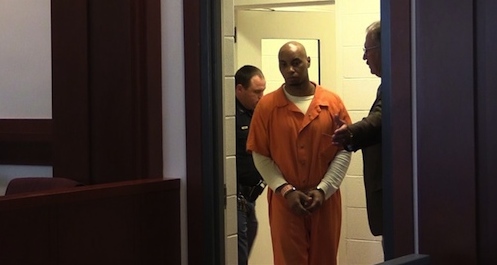 Confusing? Let’s start at the beginning. In October 2008, Devasko Lewis had been operating as Lewis Trucking Company when a fatal crash involving one of his trucks killed seven federal prison guards in Alabama and caused the FMCSA to conduct a compliance review. After the FMCSA discovered Lewis Trucking Company had committed serious safety violations, it issued an order to cease all operations. However, Devasko Lewis, his half-brother Lacey Lewis and his friend, Corey Daniels, attempted to get around the Out-of-Service order by pulling a “chameleon move” of continuing to operate with two other companies under the names of Eagle Transport and Eagle Trans. In 2011, Lewis and his parent company DDL Transport, LLC, were indicted by a federal grand jury after he lied on his application for motor carrier authority, trying to start yet another new chameleon company. Although he pled guilty and was sentenced to several months in federal prison, he continued to operate Eagle Trans with the assistance of Daniels and others on the outside.

It didn’t take long for the feds to figure it out, shut all operations down and press more charges. In 2014, Corey Daniels pled guilty to his part in the scheme and was sentenced to 12 months probation. The thing is, is that Daniels had also agreed to cooperate in the federal case against Lewis, which allegedly caused Lewis to conjure up a plan to take him out all together. Kill him, in other words.

According to prosecutors, Lewis had expressed his ill will towards Daniels for cooperating in the case against him. Published reports allege that Lewis had hired a hit man to take Daniels out and that hit man, Jamarcus Clark, had first fired a shot through the front door of Daniels' mother's house five days before the actual killing occurred. Then, five days later the hit man showed up at Daniels’ residence and although Daniels was the actual target, his nephew, Kerry Glenn was killed instead. It’s what prosecutors say was a tragic case of mistaken identity and what Judge George F. Nunn described as "a cold-blooded, calculated murder." "He was facing 12 months in prison and he hires a man to literally take out and kill the man who’s going to testify against him. ... That is hard for me to comprehend,” Judge Nunn said.

The Out-of-Service violation case was basically put aside and instead Lewis graduated to charges murder, attempted murder, aggravated battery. He was convicted on all counts and has been sentenced to spend the rest of his life behind bars.

Brad Tin Man Ramsey
It's because of turds like him that I have absolutely no problem with CSA, HOS, DOT and any other safety rule or organization.
May 29, 2015 3:33pm

Chuck Carroccio
Shoulda got a rope instead. Now the taxpayers have to support him
May 29, 2015 4:40pm