The family of a truck driver that was found dead in his cab is now suing the Jefferson Parish Communications District after discovering that he had called 911 eight hours before he passed away. 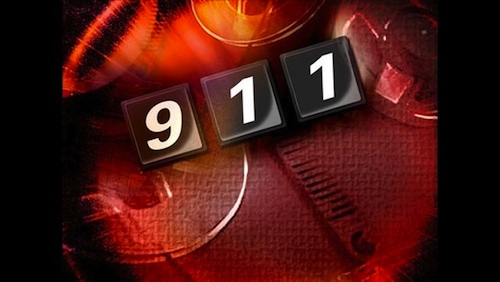 Last September, 73-year old Joseph C. Faulk Sr. had been driving for Lynn Romero Trucking in Louisiana, when he sideswiped a vehicle on Interstate 10 in Metairie, La., during the morning hours. Court documents and phone records show that Faulk immediately called 911 to report the crash and had also described that he was experiencing symptoms consistent with a heart attack. However, officials never responded to his call and it wasn’t until later that afternoon that another Lynn Romero truck driver discovered Faulk’s truck parked further up the road. He found Faulk deceased in the sleeper berth of his cab.

While police officers had responded to the scene of the accident, Faulk was no longer there and they stated in the crash report that he had fled the scene. According to the family’s attorney, had they taken the time to look they would have easily found him parked a short distance up the road. He definitely did not flee the scene,” said Kenneth St. Pé.“In the disposition of the trooper, I think he was less than a mile up the road, so obviously it takes that long to get a truck under control and pull it over.”

The family attorney continues to explain that court documents and Faulk’s phone records show that it was Faulk himself who reported the accident in a 28-second phone call he made to 911 at around 5:56am on Sept. 30, 2014, shortly after sideswiping the vehicle along the Interstate 10. It was during that call that he also reported, “experiencing symptoms of a myocardial infarction (heart attack).”


In their lawsuit, the family of Joseph C. Faulk claims that the Jefferson Parish Communications District failed to provide emergency services following his call for help. The call was made at 5:56 am and it wasn’t until 2:12 pm (more than 8 hours later) that a fellow Lynn Romero truck driver found him dead in his sleeper berth. Strangely, the autopsy report performed by the Jefferson Parish Coroner’s Office subsequently listed the time of death at 2:12 p.m. However, the Louisiana State Police said that investigators suspected “a medical condition was occurring during the time he sideswiped the vehicle.”

Faulk’s family alleges that in addition to the Jefferson Parish Communications District failing to provide emergency services, they also failed to maintain sufficient personnel on duty to adequately respond to the needs of the 911 calls and specifically failed to investigate the 911 call of Joseph C. Faulk Sr.

“The case is just starting so we haven’t done any discovery or depositions. But we know there is a crash, then a 911 call is made, and they are able to triangulate and know that the call was coming from the immediate area,” said St. Pé.

Dave Huhnerkopf
Wow. As a former 911 operator I'm pissed. The minute someone says chest pains you get EMS heading that way. 99.99% of the time I stand behind a dispatcher's decision but not this time. Everyone needs to look long and hard at this case. These are the types of things that happen when municipalities, counties and state downsize. Don't let your local government agencies downsize POLICE FIRE AND RESCUE. And dispatch is an integral part of it
May 15, 2015 1:52pm

Trucking Unlimited
good point! do you also think it was partly fault of the officer responding to the accident to not drive a bit further up the road and investigate?
May 15, 2015 2:37pm

Dave Huhnerkopf
Maybe, maybe not. He may have been slammed and flipped a u turn and responded to another call. I had to pull officers off accidents to respond to more important calls nightly.
May 15, 2015 2:43pm