Nashville Metro police have charged a truck driver with aggravated assault after he allegedly reared a motorist’s vehicle several times with his tanker truck on Interstate 40 in Davidson County. Deborah Alston said that at approximately 8 a.m. on Tuesday morning, she was driving along the I-40 and had switched lanes near Briley Parkway and Spence Lane. She said that shortly after making the lane change, she felt the impact of the tanker truck tapping her from behind. At first Alston assumed that it was simply an accident, but she soon realized that it was the truck driver’s intention as he continued to hit her seven more times over the course of a mile. 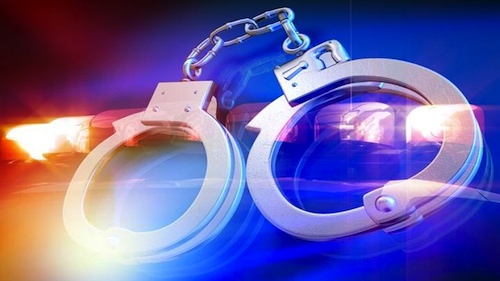 Alston said that not only was she in fear of her own life, but the risk of endangering the other motorists sharing the roadway. “Not only did he endanger my life but all the drivers around me,” she said. When Alston pulled over to call for help, the truck driver simply continued on his way. She was taken to Vanderbilt University Medical Center where she was treated for minor injuries and was later released on Tuesday afternoon. The incident also caused damage to back of Alston's Buick, but she said the emotional impact runs much deeper. “It made me angry that he thought he could do that and just leave,” Alston said.

Officers were able to track down Matthew Cunningham at Tri Star Transport, LLC, where he has been working as a truck driver since March. While his side of the story has not yet been released, Cunningham was arrested and charged with aggravated assault. Cunningham's bond was set at $10,000 and although he was able to make his bail and get released from jail on Tuesday evening, the truck driver was not welcome to return to work. According to Tri Star’s Safety Director, Pat Leding, the company suspended Cunningham immediately after the incident.

“It's not acceptable and we will deal with that when we have all the information we need. We are safety oriented here and we want our drivers to drive safely. We want other people around us to drive safely,” Leding said.

However, local police have recently dealt with Tri Star over another major safety incident as well. Last August, a Tri Star tanker truck driver was charged with speeding and failing to exercise due care when his tanker truck overturned in West Nashville, causing an explosion and 8,500 gallons of diesel fuel and gasoline to leak all over the road. Two other Tri Star drivers were also recently cited for speeding at least 11 miles per hour over the speed limit and another driver was cited for speeding at least 15 miles per hour over the limit. The FMCSA has also cited Tri Star for 11 “unsafe driving violations” over the past two years, but they did not consider them serious enough issues to take any action against the company.

At what point should the actions of individual drivers become the company's responsibility?

Mike Streit
I got purposefully side swiped on 294 yesterday. Unfortunately Illinois state police don't give a shit so he got away with it. Guys like that don't deserve their license or their freedom. I'd assume she probably cut in front of him, but that's no excuse to ram someone etc.
May 15, 2015 9:27am

Bo LaGrave
Another bad company hiring bad drivers to haul a ticking time bomb. Everyone wants to bitch about DOT cracking down on us? Well their you go folks.
May 14, 2015 3:46pm

Bever Pottberg
Need to this trashy drivers off the road tankers are just a time bomb waiting to go off one spark all it takes
May 14, 2015 3:26pm

Billy Zirkle
Qell when you drive for someone else and there name is on the truck your action ..good or bad are a reflection on that company. The speed has nothing to do with it,that just an excuse because you have no other idea..
May 15, 2015 5:20am

Michael Anderson
I can't tell you how many times I too have wanted to do this after being cut off many times every single day...but unfortunately we have to control the anger . What I want to know is what did she do to set him off I sure she is not telling the whole truth her self.
May 15, 2015 2:19pm

Donald Gough
Asap Immediately. . Assholes like that ruin our good name and industry
May 15, 2015 4:44pm