Its been just over a week since the tragic accident which left five Georgia Nursing students dead and one mother is wasting no time in filing a lawsuit against the people she says are responsible. Kim Deloach McQuaig, mother of 21-year-old Abbie Deloach who died in the accident, has filed a wrongful death suit against Total Transportation of Mississippi and its parent company, U.S. Xpress Enterprises of Tennessee. The civil suit has been filed in Bryan County State Court and is seeking monetary damages for negligence causing the wrongful death of Abbie Deloach.

The early morning crash occurred on April 22nd along the I-16 in Bryan County and along with Abbie Deloach it also claimed the lives of Caitlyn Baggett, Emily Clark, Catherine McKay Pittman and Morgan Bass. The five junior nursing students were hit killed while driving to their nursing clinical class. While it had been a lesser crash that initially caused the traffic to backup, the Georgia State Patrol now says that the Total Transportation tractor-trailer came along and smashed into stop-and-go traffic and according to one witness, pushed a tanker truck along with it.


"It all just happened quickly I saw the brake lights ahead of me and was just able to stop without any problem. But i couldn't say people were going too fast…I was sitting in my truck and probably five to ten seconds after I had stopped, I heard a loud bang and I saw a tractor trailer pushing the tanker truck past me," explained Army Specialist William Robenolt.

The Georgia State patrol says it was the tractor-trailer that smashed into the two vehicles in which the nursing students were carpooling and caused one of the cars to burst into flames. A total of seven vehicles were damaged in the crash. McQuaig’s lawsuit has added to the account and goes on to say that the driver for Total transportation was "following too close", and he "acted recklessly, carelessly" and with "total disregard of the rights and safety of other persons using the highway." The suit also alleges that the driver of the tractor-trailer "suddenly and without warning" ran into the car in which Abbie Deloach was riding. He had the "last clear chance" to avoid the collision. 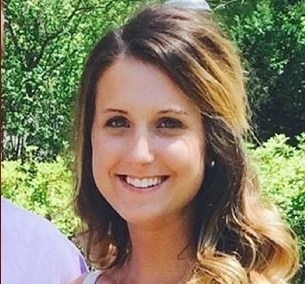 While the Georgia State Patrol is still investigating the details of the crash and has not yet filed any charges against the Total Transportation driver, McQuaig is suing the company for punitive damages, in excess of $15,000. McQuaig’s attorney, Mark Tate, released a statement saying, “This is not about revenge. This not about an eye for an eye. This is about the appropriate way to resolve problems between parties.”

Tate also confirmed that they’re not holding the truck driver responsible in the lawsuit. “If we thought there were criminal actions — that he was under the influence or texting or driving for an excessive number of hours — we would have named him” in the lawsuit. It’s not really for me to get completely into, but I know that he is absolutely, deeply remorseful.”

Eddie Gray
Was there a post accident DOT inspection done on the truck? If so were there any infractions. I company was not controlling any part of the vehicle. The driver should be taking the heat on this. Remorseful or not, he was the only person in control of his truck at the time of the accident.
May 01, 2015 5:03pm

Trucking Unlimited
Surely the post inspection is a big part of the investigation but so far those details have not been released. There must be a reason why the family attorney is keeping the driver out of the suit and even voicing sympathy for him
May 01, 2015 5:22pm

Eddie Gray
I am sympathetic to the driver as well. I'm sure he didn't see the backed up traffic and say hammer down! But at the end of the day, no matter what, the driver is the person in control of the truck. I know the pressure put on drivers to make deliveries on time, it's their livelihood, but its not an excuse. It's fishy that the family has absolved the driver and is going after the company only. And only for 15k. Something isn't right.
May 01, 2015 5:28pm

Trucking Unlimited
Well technically the report said the suit was in the category of "over 15,000". Perhaps its partly with the other 4 family suits pending and that the company may not be in a good financial position already.
May 01, 2015 6:14pm

Eddie Gray
The company's safety record has no bearing on the driver's performance or lack there of. Driver should be held accountable for the accident
May 01, 2015 8:20pm

Jim Wilkerson
As an owner operator an had my own authority, I have been sued both personally and as a company.....the company insurance covers the driver. The lawyer in this case is a dummy and I'm sure will change course an name the driver at a later date....they can use the safety rating as it IS crappy....but not naming the driver throws out the negligence part on behalf of the driver. Big company with fancy lawyers will have a hay day with that one as they "can only do so much once the equipment leaves the yard" they done stated the driver wasn't texting or on phone or over his hours
May 02, 2015 6:52am

Bo LaGrave
They need to go after these companies with bad safety records and bad maintenance performance.
May 02, 2015 5:46pm

Eddie Gray
I agree Bo the company safety record has no bearing on the driver. If you drive shitty equipment and you know it then you know that you need to be increasingly aware of road conditions and traffic and adjust accordingly
May 02, 2015 6:04pm

Bo LaGrave
I agree. Problem with these companies are they threaten to fire a driver for refusing to drive faulty equipment and so they do. That makes a bad driver and bad company, and that's a bad combination. That's exactly why I have my own truck.
May 02, 2015 6:09pm

Eddie Gray
I see it everyday bo. Some stuff I see at the scalehouses and roadside makes me want to never drive again. Not to mention the uneducated owners and drivers.
May 02, 2015 6:11pm

Eddie Gray
And as a roadside mechanic if your a driver or owner and you ask me to sign off without doing the repair so you can leave, not only am I telling you to find someone else but I'll make sure to let DOT know to check the repair before you leave
May 02, 2015 6:23pm

Jerry Hellard
See I work for a company and the companies I have worked for I the past I have never had that problem if I say my equipment is not safe to drive it is fixed immediately never have been threatened why would a company do that
May 03, 2015 4:22am

Eddie Gray
Alot do Jerry. They say ok we will fix it or route you back to the shop to have it fixed and they never do. Then they get mad at the driver and DOT when they get an inspection and get put out of service. I deal with it everyday. And its not just small companies, big ones do it too.
May 03, 2015 6:08am

Jason Stearns
One of my friends drove for a big company and his truck was having problems that needed fixed or would be shut down by dot if they did an inspection. They wouldn't let him get it fixed anywhere or route him in to get it done...so he went to the nearest scale,parked,went inside and explained it to the officers who checked it out and shut the truck down. His truck got repaired and he isn't sure if anything was done to the company for it but he got nothing out of it. No grief or anything from dot or the company.
May 03, 2015 3:05pm

Darryk Cromwell
They need to dismantle this company. Absorb it into corporate, change the name and fix your trucks..
May 02, 2015 8:18pm

Mike Fisher
Sue the damn Feds for not shutting this outfit down with that kind of record. ..culpability matters ...
May 01, 2015 3:37pm

Bever Pottberg
Defective equipment driver has no control of an accident
May 02, 2015 8:59pm

Eddie Gray
If the driver knows if the defective equipment then they have all the control in the world. Refuse to drive the truck or haul the trailer. At some point you have to grow a spine and walk away. Are you willing to put your life and the lives of those around you for a couple bucks and someone who doesnt give a damn about you?
May 03, 2015 3:13pm

Tom Gillies
Maybe I'm wrong, but by chance, could this have been their time? I mean who are we to sat the good lord was wrong in taking someone? Just a thought. Why do young babies die anyway?
May 01, 2015 2:31pm

Chad Rogers
Good luck getting Jesus to testify. Fact is there are factors that can show responsibility.
May 01, 2015 5:59pm