The truck driver involved in the fatal wrong-way collision that made headlines this week (because it was caused by an off-duty Linden police officer), has been granted time off to emotionally recover from the traumatic experience. The tragic accident occurred on the West Shore Expressway at around 5am last Friday when four off duty officers left a Staten Island strip club and the driver, Pedro Abad drove the wrong way down the expressway and collided head-on with the Snavely's Mill truck. The impact left two of the officers dead, Abad and another passenger/officer critically injured and the truck driver severely shaken. 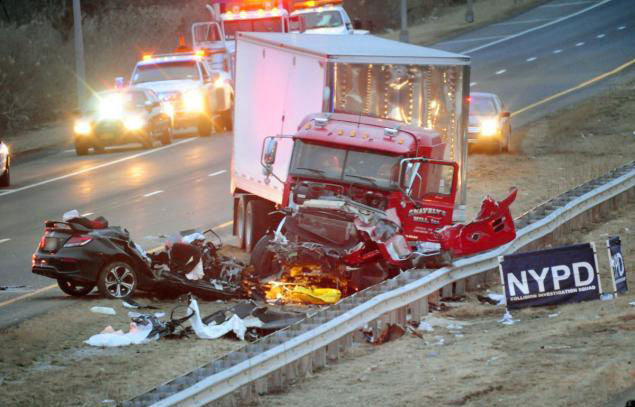 Sherry Hibshman is the general manager of Snavely's Mill, a Pennsylvania flour manufacturer and told reporters that while their driver did not suffer any life threatening injuries, they have given him as much time as he needs to heal emotionally before returning to work. The company does not want to reveal the identity of their driver in order to protect his privacy and wants to do everything to ensure he heals. "We didn't want to dictate when he comes back in this type of situation. He didn't suffer any significant injuries. The larger challenge isn't the physical but the emotional healing for him," she said. Hibschman also said that she never imagined their family-owned flour company would become part of major news headlines and they've been fielding calls from reporters since the accident occurred. "It's not a way we would have wanted to attract attention to our company. It's uncomfortable, and then very sad at the same time. We feel for the families, of course," said Hibschman. 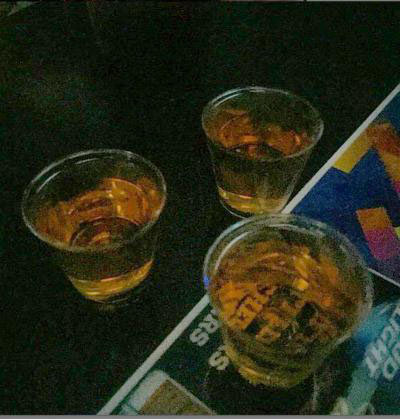 The truck driver has been working for Snavely’s Mill for 10 years and was returning from delivering a load in Brooklyn, a route that he has driven many times before. A few hours earlier, Abad had posted an Instagram photo showing 3 glasses of whiskey and sentiments about toasting his buddies. Just shortly before 4:51 am the four off-duty officers left the bar in Abad’s Honda Civic and apparently he ignored the four traffic signs that would have indicated he was getting on the wrong way of the West Shore Expressway. Witnesses say that the northbound Civic weaved through southbound traffic until it plowed head-on into the tractor-trailer. The horrific crash left two of the Linden officers Joseph Rodriguez and Frank Viggiano, dead. The driver, Pedro Abad, and another officer, Patrik Kudlac, were both critically injured and still in hospital care.

While New York police have yet to reveal whether alcohol played a role in the crash, he was given a blood test upon his arrival at the hospital. Abad’s history has also become a source of much media speculation, as he has been charged with two prior counts of drunk driving. But Gabrielle Colella, is a friend of the four officers and saw them at the Roselle bar that night. “They were having a couple of drinks. It seemed like they were just hanging out and blowing off some stream. Nothing out of the ordinary. It’s terrible to see this happen to a couple of guys that are really hometown heroes,” she said.

Ramona Nelms
The driver, Abad, wasn't an officer. No one ever considers what these wrecks do to drivers. Its "oh business as usual". Good for this company
Mar 28, 2015 7:23pm

Michael Hoeft
Notice hardly nothing was said about the truck driver that was just in the wrong place at the wrong time.
Mar 29, 2015 11:09am

Bob Rich
Ken Roseberry if the rest of the dept drives like this theyll be sweeping them off the streets
Mar 29, 2015 3:36pm

Ken Roseberry
Police department will sweep this under the rug
Mar 29, 2015 8:14am