On Thursday the American Trucking Associations appeared in Washington and made their position on “drugged driving” very clear, urging congress to make hair drug testing an option under federal law. More specifically, they asked lawmakers to support bipartisan legislation that would allow trucking companies to use hair testing as the most effective tool to meet federal requirements in preventing drug users from driving commercial trucks. 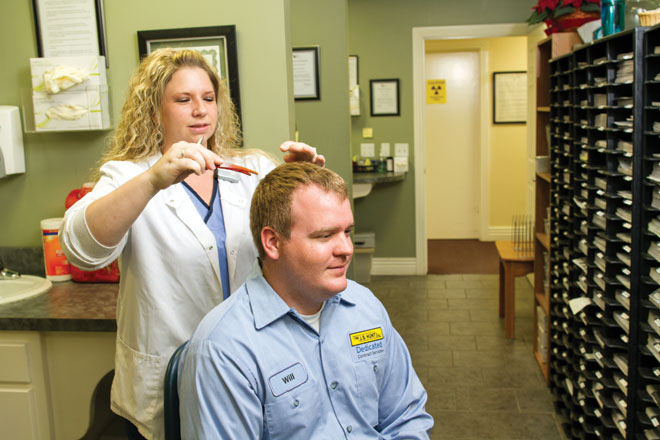 “ATA is committed to improving highway safety, including doing all we can to prevent individuals who use drugs or alcohol from driving trucks. ATA was an early advocate of mandatory drug and alcohol testing of drivers before it was required, and has since promoted improvements such as hair testing and the creation of a national test results clearinghouse,” ATA President Bill Graves said in a statement. Graves also said that the ATA’s advocacy has already been resulting in a steady decline of the small percentage of drivers who use drugs and that hair testing is the next logical step in eliminating the problem.

On Thursday, the Drug-Free Commercial Driver Act of 2015 was introduced in the Senate by a number of Senators that include four democrats and two republicans. Should this law be passed, it will give trucking employers the option of using hair tests in addition to the current option of traditional urine tests, to meet federal drug testing requirements. Already there are a number of fleets conducting hair tests as well as the mandatory urine tests to better identify habitual drug users who often briefly abstain from use or find other ways of “beating the urine test” in order to get hired. “Leading employers in a variety of industries around the world have recognized that hair testing is a very effective method to detect drug use. Hair tests are difficult to evade or subvert and provide a better window into an applicant’s potential history of drug use,” explains Dean Newell, Vice President of Safety and Driver Training for Maverick USA.

Back In 2008, the Government Accountability Office had brought attention to these very obvious limitations in the DOT’s current urine drug testing program. But until the DOT accepts hair testing as an option for meeting federal testing requirements, many trucking companies don’t choose the option because of added costs of hiring private hair testing companies, in addition to the required DOT urine-based tests.

“Though the trucking industry’s positive testing rate is remarkably low, Congress should provide a means for fleets, as part of the DOT testing regime, to further identify and eliminate from the industry those who don’t share the industry’s commitment to highway safety,” Graves added.

As a truck driver, how do you feel about hair drug tests becoming an industry standard?

Joel Jones
One step closer to making you a slave to the fed your already.a second class citizen subjected to standards no other driver is
Mar 20, 2015 3:51pm

Stephen Massat
Could this be a back door way to get your DNA ? Only way I'll do thus is if it's strictly for drug test then destroyed. And I have nothing to hide but they keep pushing ,giving up our rights.
Mar 22, 2015 8:30am

Keith Gammon
Well go head and start this along with the sleep studies and all the other regulating spend all this money instead of raising drivers pay no wonder there is driver shortage
Mar 21, 2015 8:08pm

Zachary O'Connor
Why don't we just all stop doing our jobs. This drug testing BS is a waist of money and time. I get tested a least once a year. I always say this is a waist of time and money.
Mar 23, 2015 11:45am

Michael Street
I swear people just want to go the extra mile to mess with people just trying to make a living.
Mar 22, 2015 11:57am

Dave Brendel
Ata ain't nothing but big business they could give a shit about the trucking industry
Mar 21, 2015 10:12am

Corey R. Innenberg
Gee. That's fair. So mid somebody who did drugs five years ago and has been sober since will get fired and lose their license. Good job trucker Nazis.
Mar 22, 2015 6:28pm

Stacey Smith
It stays in your hair for 5 years HOWEVER it is not detected at the root. They test the entire strand, the further from the root they find it the better. It is actually very accurate in determining the last time you smoked or were exposed to pot.
Mar 23, 2015 12:49pm