The U.S. government’s truck safety agency is planning to conduct a study that will determine whether truck driver pay methods have any correlation with unsafe driving habits, rule-breaking and deadly crashes. If the study does in fact connect the dots, it may also open the possibility of regulators determining how drivers are paid and how much. 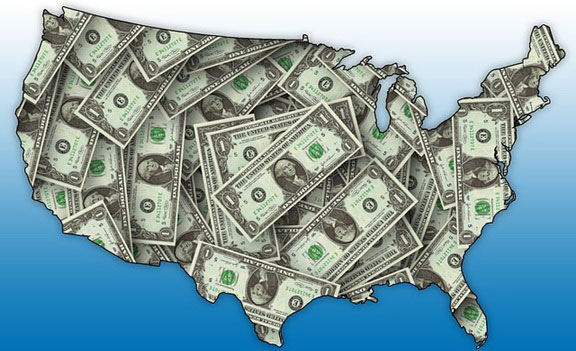 Currently, most interstate truck drivers in the U.S. are paid by the mile and this has some safety advocates arguing that this payment model encourages drivers to violate the hours of service rules and drive while fatigued in order to put in more miles and earn more pay. However, many in the industry such as the ATA fear the study will lead to “an unnecessary intrusion into the business relationship between motor carriers and drivers,” and a “reversion to the long since rejected era of economic regulation.”

The FMCSA announced this month that it would submit a new plan for a study on “the impact of driver compensation on commercial motor vehicle safety” to the U.S. Office of Management and Budget. “The study will evaluate the relationship between property carrying motor carriers compensation methods and incidences of unsafe driving. In particular, the research team will determine if there is a potential relationship between method of driver compensation and safe driving behavior,” the FMCSA said in its notice.

The agency first plans to use an online questionnaire to survey managers at more than 2,000 trucking companies. “This study will assist motor carriers and other stakeholders engaged in commercial vehicle safety by enabling them to make informed decisions regarding driver compensation as it relates to safe driving performance,” the FMCSA explained.

However, one group the agency doesn’t plan to survey immediately are the truck drivers themselves. OOIDA has pointed out this obvious gap and suggested the agency conduct a study in phases, with the second phase focusing on both contractor and company drivers, rather than just trucking company managers.

U.S. regulators aren’t the only ones interested in how truck driver pay may affect truck safety. Australia’s Road Safety Remuneration Tribunal is not only pursuing a broad review of truck driver pay in several industries, they already have the authority to issue orders that set terms for driver pay and even levels of compensation. Last year, the RSRT imposed an order that requires trucking companies to pay owner-operators within 30 days after they drew a direct connection between late payments, fatigue and safety.

Additional steps taken by Australia include requiring truck drivers be paid for non-driving and on-duty work time. Such steps have been considered by the Obama administration and many U.S. trucking industry executives have been arguing that the industry needs to raise driver pay substantially and improve working conditions before the federal government decides to step in and regulate how or how much truck drivers should be paid.

Do you think that this study will lead to improving the situation for truck drivers or simply cause more interference in your job?

Hakim Muhammad
Pay your drivers $100,000 a year and they will drive very good, and follow all regulations, or pay them cheap and they be worried they cannot pay the bills for their families.
Feb 19, 2015 10:20am

Samuel Lee
FMCSA.Determines who makes money, and who does not.Yet they will not set training standards to back up what experience is worth. The hourly home everyday types are involved In higher value freight. Not scrap paper.
Feb 19, 2015 9:38pm