Wishing You A Happy New Year With the Highlights of 2014


Every day of every year certainly has its challenges for truck drivers, but 2014 also left us with some significant highlights for trucking into the next year ahead. 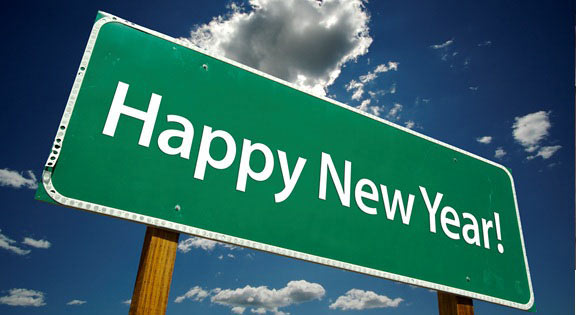 The most recent and somewhat surprising good news came in mid December when the US Congress announced with its overall budget bill that it passed legislation that would roll back the controversial "34-hour restart" provision. The controversial 34-hour restart rules for truck drivers had been the most opposed aspect of the new Hours of Service rules implemented by the Federal Motor Carrier Safety Administration (FMCSA) on July 1, 2013.

The most recent law will roll back those rules to what they were before the new HOS regulations went into effect, while awaiting the results of a mandated study of the overall impact of those rules. The Secretary of Transportation will study the operational, safety, health and fatigue aspects of the restart provisions in effect before and after July 1, 2013. The Inspector General will then review the study and report to the House and Senate Committees on Appropriations whether it meets the requirements under this provision.

Until then, truck drivers will again be permitted to restart their weekly hours by taking at least 34 consecutive hours off-duty, regardless of whether or not it includes two periods of time between 1 a.m. and 5 a.m. Drivers can also utilize the restart more than one time per week if necessary.

New developments in both truck engineering technology and mobile apps have done a lot to make truck drivers’ lives easier this past year. To help in theft prevention, Peterbilt has introduced password-protected trucks where drivers enter their password into a 5-inch screen within the driver information center. Once the code is entered, the driver has six minutes to start the engine or the code must be re-entered.

A new mobile app called “Weigh My Truck”, now allows truck drivers to weigh their trucks, have weights displayed on their smartphone, and pay for the transaction all within the app via PayPal. The beauty of it is that now it can all be done without truck drivers having to leave their vehicle and waste precious time on the road.

The demand for truck drivers has been a major headline for years now, but in 2014 new headlines were starting to get the attention of new and experience drivers. Many of the largest trucking firms across the US started hiring campaigns that finally hit today’s generation where their heart is by offering better compensation packages for skilled drivers. Some of the largest companies such as Wal-Mart have been offering qualified CDL drivers as much as $76,000 annual salary plus benefits and many other major companies are following suit.

What were your highlights of 2014 and what are your hopes for the New Year ahead?