With “drowsy driving” becoming a recurring theme in recent headlines and said to be the cause of more and more trucking related accidents, technology is driving the approach to possible solutions. 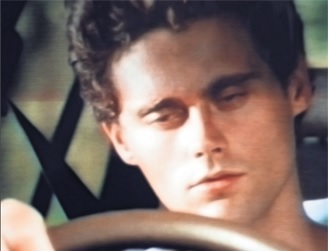 For a while now, the National Transportation Safety Board has been asking that the Federal Motor Carrier Administration require all heavy commercial vehicles to be equipped with cameras. However, the FMCSA response has basically said that although technology may assist in documenting the events leading up to a crash, there is insufficient evidence to suggest that cameras help in preventing crashes.

Virginia Tech Transportation Institute strongly disagrees with the FMCSA, saying their own evaluation of a drive-cam found that on average 39,066 injuries could potentially be prevented and 801 lives saved every year if cameras were installed in busses and trucks. They also cite federal studies involving carriers that show drivers being videotaped of their risky driving habits as part of a training intervention, has effectively reduced the number of severe safety incidents by up to 59 percent. Matt Hart, Executive Director of the Illinois Trucking Association says the cameras have other benefits as well. “The cameras are also proving valuable because sometimes they are proving the truck driver was not at fault when there was a crash involving another vehicle,” he says.

Bloomberg also recently revealed other potential solutions in development such as a device that monitors your eyelids and notifies you when they start to “droop” or when your head starts to nod. Basically if you’re driving and you start to fall asleep, an alarm would alert you and continue to alert until you were completely awake. This eyelid monitoring system is projected to be on the market in 2016 and the technology is configured to work even if the driver is wearing sunglasses.

Another major technology development already in the works is a braking system that applies braking automatically when it senses an imminent crash and automatically adjusts cruise control to manage safe distances.

But in the meantime, there are many good old-fashioned driver practices that can increase safety just as effectively. Simple things such as wearing seatbelts, ensuring you’re clear and have ample space before changing lanes, making turns and certainly when crossing railroad intersections. Perhaps there also needs to be more effort to educate other motorists on the basic facts that trucks need a much wider area to turn, a longer stopping distance and have a lot more blind spots to deal with.

In addition to safe driving practices from all motorists, do you think cameras, drowsy driving alerts or automatic braking systems would offer realistic solutions as well?