Is Mandatory Sleep Apnea Testing Going to Save Lives?


The U.S. National Transportation Safety Board just released a report involving the deadly New York City derailment that killed four people and injured at least 61 on Dec 1, 2013. The report concluded that the train engineer, William Rockefeller, suffered from severe obstructive sleep apnea, but it had not been diagnosed. Sleep apnea is when the airway collapses and obstructs normal regular breathing, which results in poor sleep and often causes drowsiness or difficulty in concentrating during the day. A change to Rockefeller’s work schedule had also added to the sleep disorder, forcing him to work on irregular sleep. 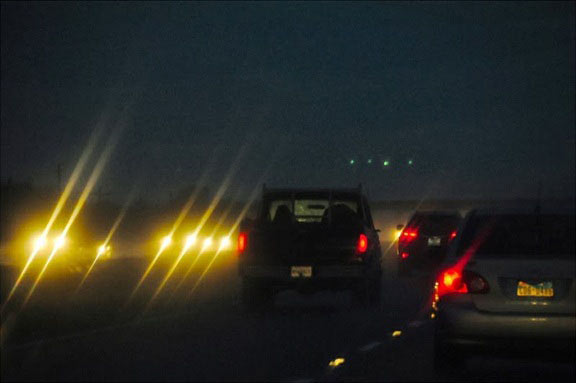 So what does this have to do with truck drivers? Well, sleep apnea is also said to be most prevalent in this industry because it has the most irregular sleep schedule of all professions. The Department of Transportation believes fatigue causes about 13 percent of all trucking accidents and congress has recently passed a new preventative measures of mandatory sleep apnea screening and for all truck drivers While some aren’t ready to welcome another regulation in an already overregulated industry, many trucking companies are glad. Aaron Tennant, President of Tennant Truck Lines is one of those people.

“We actually need some regulation in this area. We need some definite rules to play by so we can regulate our drivers and not have any issues that may come of it,” Tennant said.Mark Kintz is Tennant’s maintenance director who also gets called out drive sometimes and he too agrees on the safety factor. “There’s not such a routine time you can sleep, there’s no set time that truck drivers can take a break,” Kintz said. Kintz himself has just been tested for sleep apnea and passed but he believes that truck drivers need to be even more cautious because they’re also the ones risking their lives on the road everyday with other drowsy drivers to watch out for as well.

He’s right. According to AAA, each year there are 400,000 reported accidents caused by drowsy motorists with 500-deaths linked to them. Studies also found that most “drowsy crashes” or near misses occur early in the morning, mostly between 4 a.m. and 6 a.m., and then next was midnight to 2 a.m. – the prime time for many truck drivers on the overnight long haul.

Dr. Stephen Rasmus, medical Director of the Genesis Medical Center’s Sleep Disorder Center adds that there as many accidents caused by drowsy driving as there is by alcohol. “The thing that I hear over and over again is ‘I know when I’m going to fall asleep when I’m driving so I pull over.’ But you don’t,” says Dr. Rasmus.

It’s obvious that drowsy driving is a danger to all, but will mandatory sleep apnea testing for truck drivers make a difference in saving lives?