Of all the parties that would certainly like to file grievances with Wal-Mart, it’s a small Fresno law firm that has the guts to take on the giant retail chain. The eight-man firm of Wagner, Jones, Kopfman & Artenian is accusing Wal-Mart of scamming its truck drivers in a wage-theft case affecting hundreds of truckers in California.Not surprising Wal-Mart isn’t going down without a fight and has responded to the suit by hiring Gibson Dunn & Crutcher, an international law firm with 1,100 attorneys and 18 offices worldwide - including the Los Angeles office which is handling the case. 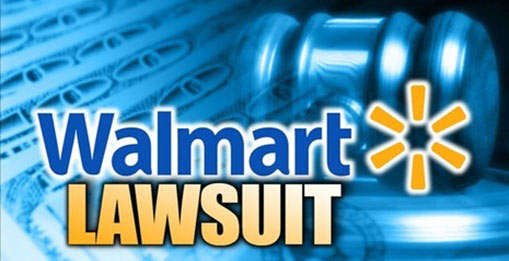 He’s referring to his lawsuit, which alleges that Wal-Mart is violating a number of California labor laws such as failing to pay its drivers minimum wage and failing to give them meal and rest breaks. Wal-Mart truckers are employees of the company, but get paid by the mile rather than a wage. Wagner admits that it can be good money, but it could and should be a lot better because they don’t get paid for waiting in line to load or unload their cargo, they don’t get paid for the time spent filling out mandated federal Department of Transportation trip slips or for washing and fueling their trucks.

While Wal-Mart defends itself saying that its truck drivers are well paid and even get paid when they sleep in their cabs, Wagner says to look at what the law says. “The law states that a truck driver must be paid for all of the duties performed to get the job done.” He categorizes these job related duties as doing pre- and post-trip inspections, completing mandatory paperwork, washing the truck, fueling the truck and waiting at the weigh scales. All of it is required to “get the job done”.

“In other states, Wal-Mart can get away with this. But in California, the laws are strict,” he adds. Wagner also estimates these unpaid duties applied to an entire group of drivers over a period of ten years adds up to about $140 million.

Wal-Mart spokesman Randy Hargrove disagrees. “We plan to fully contest that Wal-Mart drivers have not been paid at least a minimum wage. Wal-Mart is a great place to work as demonstrated by the fact that our drivers’ average time with the company exceeds 12 years. We are proud that our drivers are among the highest paid in the industry, earning, on average, between $80,000 to over $100,000 per year.”

Do you think this suit will succeed and if so, will it set the precedent for similar suits to be filed in the trucking industry?

Genuine And Trusted Online Jobs
Jobs For Students And Mums We offer part time and full time jobs for students and mums at free charge without any investment. For more information about this jobs, visit:http://mygenuinejobsonline.com/
Nov 04, 2014 8:09am