MANAGER: “Right and that’s part of the job.” 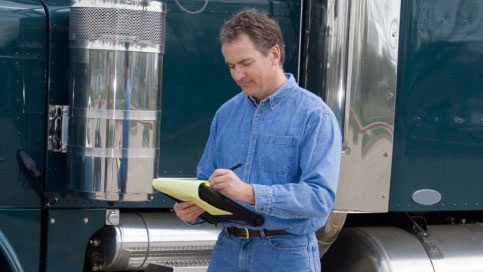 Yet another truck driver has come forward to reveal another example of a company pressuring their drivers to stay on the road far beyond the current Federal rules, (which say drivers cannot be on the road more than 11 hours without a 10 hour break), and then further breaking the law by falsifying their logs. This driver asked to remain anonymous, but told his story to NBC 5 Chicago’s Investigative team which NBC aired on Monday night.

According to the driver, he was fired from LEGS Transport for refusing a long run from Illinois to Mississippi. Past experience with the company prompted the driver to record the conversation with his supervisor who made it clear the truck driver’s job was on the line if he drive the extra hours and change his logs.

"I was basically told to change my logs if I wanted to keep my job," the driver said.

He also revealed another incident that occurred in August when he had a run that required him to drive 16 hours to Golden, Colorado and then another 19 hours on the return trip to Chicago. He said that trip was a perfect example of the reality versus the logs. The logs had been changed to indicate that he had been driven to Lincoln, Nebraska by someone else to pick up the truck, when really he had driven the whole way from Chicago. He explains that even if you don’t want to do it, when you’re in a position where you need to make money and you know they’ll simply find another who will do it, you kind of have to go along with it.

But this time the driver wasn’t willing to do it and him passing on the trip to Mississippi resulted in him losing his job. The driver recorded his “exit interview” conversation he had over the phone and where he brings up the illegal hours and log books directly to his employer.

DRIVER: “I get in trouble for that (expletive)!”

Legs Transport has refused to give their side of the story and basically kicked an NBC reporter off the grounds when she tried to speak to them. The company had already been cited twice by the FMCSA twice in the last two years for drivers with falsified logs and in September of 2013, one of LEGS Transport trucks had been forced out of service because of driver’s falsified logs. The FMCSA also says that LEGS doesn’t represent the industry standard as 89% of similar trucking companies have a far better record on hours of service.