Earlier today the Insurance Institute for Highway Safeway announced that recent research shows that laws in which impaired-driving offenders must install alcohol interlocks in their vehicles has reduced the number of impaired drivers in the country by 16 percent.

According to the Insurance Institute, alcohol interlocks qualify as in-vehicle breath-testing units requiring a blood alcohol concentrate at levels typically between 0.02 and 0.04 percent. 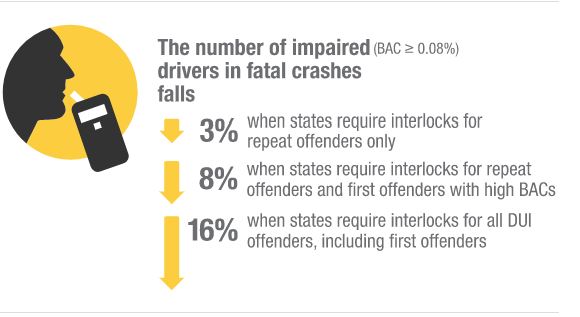 Eric Teoh, Senior Statistician for IIHS and paper’s lead author reports that a reduction in fatal crashes were also reviewed in the latest report in relation to greater presence of interlock systems.

The Governors Highway Safety Association reported its support of interlocking systems, stating that IIDs are among the most effective drunk driving counteractive measures in all facets of driving, accounting for both commercial and civilian transport.

More information on the IIHS report can be found at the institute’s site.