Police say a truck driver is lucky to be alive after falling off a 40-foot overpass trying to escape an arrest. 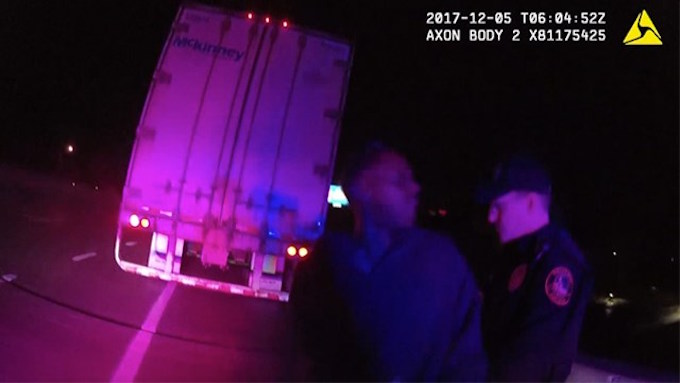 The incident occurred on December 5 in Bellevue, Kentucky when police pulled over 55-year-old Eugene Lydell for driving his semi the wrong way on Interstate 471. According to officers, the Florida truck driver also had outstanding warrants and when they tried to place him under arrest - he wasn't having it. What happened next was captured on police body cam and has been making national headlines ever since.


“You’re under arrest,” the arresting officer said. Lydell repeatedly asked, “For what?” “I don’t have any warrants!” He begins to struggle out of their grip. “I need you to put your hands behind your back. Stop!” the officer said. Lydell then managed to break free but as soon he started to run, he tripped over road debris and plummeted over the 40-foot overpass to the ground below. 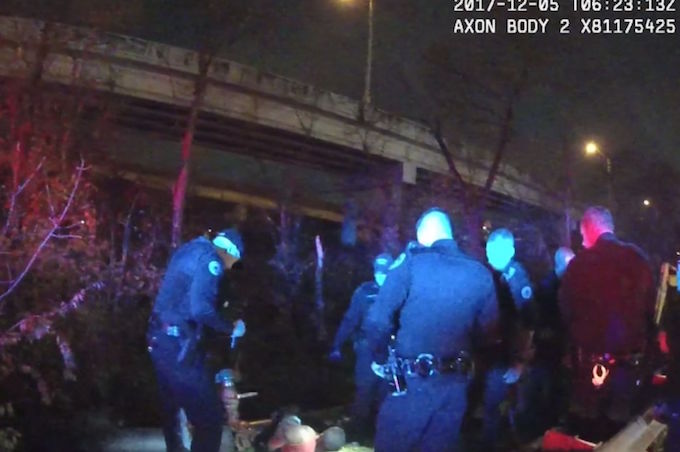 After watching him land on his back, police were shocked when he immediately got up and continued to run. They called for back up and searched the dark wooded area until a K-9 finally tracked him down. But they were even more shocked when they approached the suspect and saw he had managed to put the dog in a chokehold.

“Get off my dog!” repeatedly shouted. But Lydell continued his grip claiming the dog was “biting” him. At that point the officers used Tasers to subdue the suspect and finally placed him in handcuffs. “Hey, man, you need to stop rolling around. You just dropped about 40 feet, alright?” an officer told him.

Lydell was transported to hospital by ambulance and was later released with a citation for resisting arrest. “I thought he was dead. I mean he fell over and it was a flat smack right on his back. I don’t know how he’s still living,” said an officer after the arrest.