A teenage runaway risked his life by riding as a stowaway on the exterior catwalk of a semi-truck and and the truck driver was completely unaware until troopers pulled him over nearly 55 miles later after the boy was spotted by a weigh station inspector. 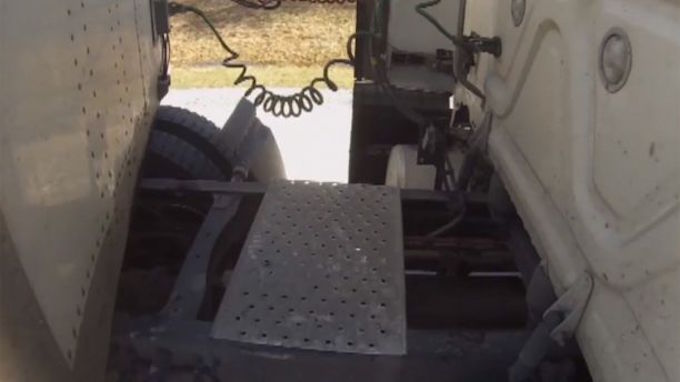 According to Indiana State Police, the 17-year-old boy had originally run away with a friend from their home of Shelby, Ohio to Louisville, KY. But apparently the friend had second thoughts and decided to get a ride back to Ohio - leaving the 17-year-old on his own. Without a plan or any means of transportation, he made his way to a truck stop in Louisville just before dawn last Tuesday and chose a parked truck without even knowing where the driver was headed. Wearing only a hooded sweatshirt in 40-degree temperatures, the teenager found a hiding spot on the small maintenance platform on the chassis behind the cab and rode for 55 miles into southern Indiana.

Then at around 9 a.m., the truck passed through a weigh station on Interstate 65 about 60 miles south of Indianapolis and while it was being weighed an inspector happened to catch a glimpse of someone perched between the cab and the trailer. “We were just running trucks through like we do every day just weighing them,” said State Police Motor Carrier Inspector Mike Buckley. “And I happened to catch a face coming out behind one of the trucks on the tractor.” 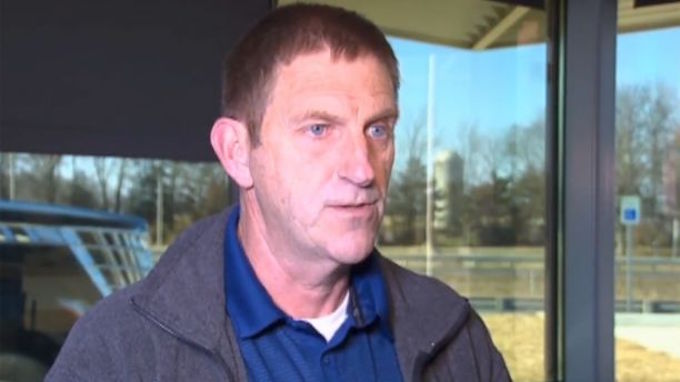 Buckley said when the boy realized he had been spotted he slipped and fell off the truck then disappeared. But the inspector knew what he had seen and knew that person still had to be on the truck somewhere. Meanwhile the truck driver was oblivious to it all and started to head back on the road so Buckley called an ISP trooper from the facility to stop the truck before it got back on the highway. “He chased the truck down the ramp, got the truck stopped at the end of the ramp, and the kid was gone. So we started searching the truck, and he had actually climbed under the truck.”

When they finally found the 17-year-old, Buckley said he was covered in diesel fuel and grime and they were shocked that he had endured the ride wearing only a hooded sweatshirt in low 40's temperatures. But the truck driver was more shocked than anyone to learn there had been a stowaway riding with him the entire time. “The driver had no clue he was even back there. He was very shocked. He was very scared, thinking the kid could have fell off,” Buckley said.

ISP said the teen is lucky to be alive because he could have easily slipped and fallen under the wheels while the truck was traveling at highway speeds and the semi could have suddenly braked or been involved in an accident at any point. The runaway was transported to Jackson County Juvenile Detention Center as officials worked to track down his family.

Buckley is just glad the boy is safe and hopes that he learned a valuable lesson. "I’ve heard stories of people hitching rides on trains, but never semis,” he said.