A truck driver died Friday morning after a tragic turn of events that CHP say all started when a tire blew out on his big rig. 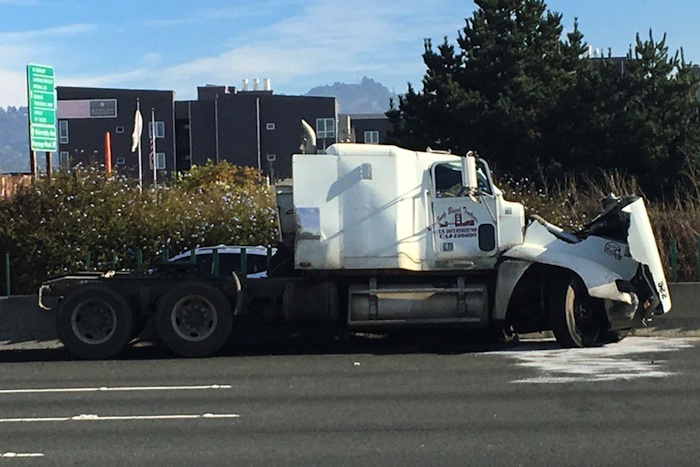 The fatal accident occurred in Berkeley just before 9:00 am Friday morning as the driver was traveling westbound on interstate 80 at University Avenue. According to CHP, the truck’s left front tire blew out and caused the driver to lose control of the vehicle. The truck then veered across lanes of traffic into the center median and crashed into the concrete barrier.

The force of the collision caused the trailer to separate from the rig and the driver was ejected from the vehicle onto the roadway.  The trailer then collided with the University Ave. overpass and was left blocking three lanes of traffic while the tractor continued traveling another 50 yards before coming to a stop in the number 1 lane. The CHP also said that based on the evidence of the investigation, it appears the driver was not wearing his seatbelt and tragically that mistake cost him his life. Although he was still alive when first responders arrived at the scene, they immediately rushed him to a nearby hospital and he later died from his injuries. The driver’s identity has not yet been released but official have confirmed he is a male in his early 30s. 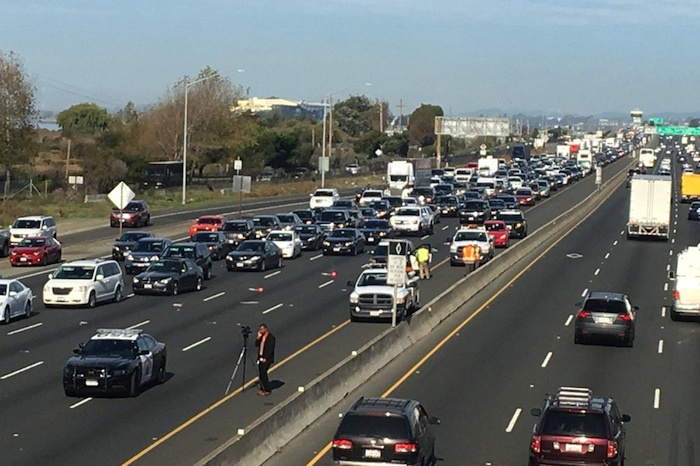 A witness who saw the entire crash unfold said she first heard what sounded like a gunshot and realized the truck had blown a tire when she saw it veering across the road. She also saw the horrific moment the driver was ejected from the vehicle and said it was like the cab door just popped open and the driver was thrown about 30 feet before landing on the road. CHP officials warn drivers to let this tragic incident serve another reminder about the importance of wearing a seatbelt.

No other vehicles were involved in the accident but it caused a major traffic back up for hours. The tractor, trailer and responding emergency vehicles forced three westbound lanes and an eastbound lane to be shut down for hours. A Sig-alert was issued and CHP said all lanes were reopened just before noon but traffic remained backed-up for hours on westbound I-80 out of San Francisco.