On Tuesday a Texas truck driver was sentenced to 3-6 years in prison for running down a fellow driver on Interstate 81 in Pennsylvania last January. Alan Kegel, 57, pleaded no contest to the charge of homicide by vehicle and was sentenced by a Cumberland County Court judge. 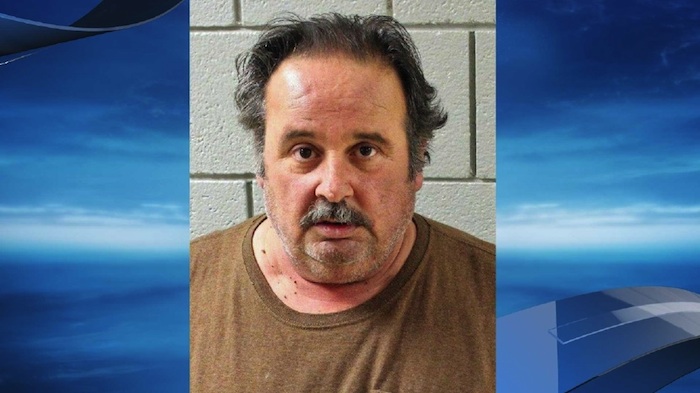 The tragic accident occurred on January 13 just after 6 a.m. on I-81 in Silver Spring Township. Zivko Lakic was a 24-year-old truck driver from Bronx, NY who was traveling through the area on a delivery job and driving a Freightliner tractor-trailer. It is uncertain why he pulled over to the side of the road but he had been standing outside of his truck near the driver’s door when another Freightliner tractor-trailer (driven by Kegel) approached heading northbound.

According to investigators, Kegel failed to notice Lakic's parked tractor-trailer and struck the driver's side door of the truck then sideswiped the trailer before hitting Lakic himself. The force of the impact threw Lakic into a nearby grassy berm area where police eventually found his body. Police said that rather than stopping at the crash site, Kegel fled the scene and continued driving north. Immediately after surveying the crash site, they put out an APB for all law enforcement in the area to be on the lookout for a black tractor-trailer with damage to the front passenger side. Kegel’s truck was eventually spotted nearly 30 miles north at the Flying J truck stop in West Hanover Township. 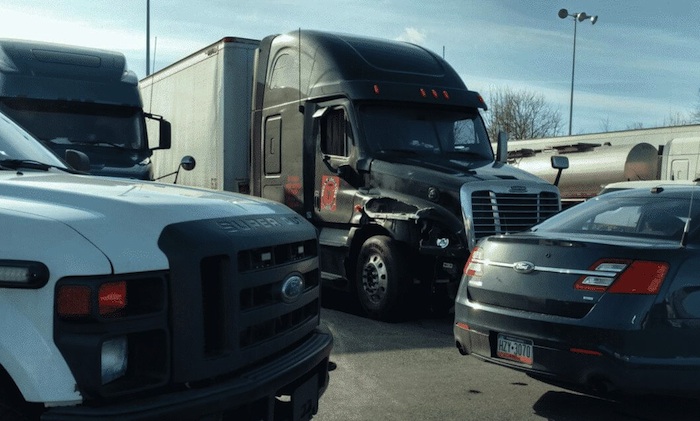 When police arrived at the truck stop and examined the parked suspect vehicle, they noticed the truck indeed had damage to the front passenger side and what appeared to be pieces from Lakic’s truck. They then found Kegel inside the truck stop and began to question him. According to investigators, Kegel told them he had been driving north on I-81 from Nashville and said he was feeling tired and “may have fallen asleep” when he struck the vehicle parked on the shoulder of the highway. Although he indicated he was aware of hitting the truck, he denied having any awareness of hitting the driver. 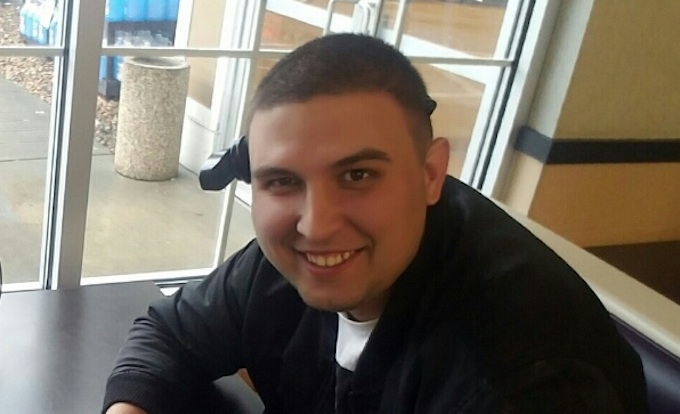 Kegel then told police that after realizing he had hit the vehicle, he pulled over further up the road to inspect the damage. He said that the damage on his truck “didn’t seem like a big deal” and he believed he had simply just sideswiped another truck. He continued driving north with the intention of finding an area to sleep and said he had planned to contact his company's safety officer later in the morning to report the incident.

Kegel was originally charged with seven other counts related to the fatal crash but those charges were dropped in September when he pleaded no contest to the third degree felony charge of homicide by vehicle. A no contest plea generally stipulates that the defendant does not admit guilt but concedes that prosecutors have enough evidence for a conviction.

Abdul Waheed
This is not a black or white issue. An innocent person lost his life. Drivers should not stop in the emergency lane unless it’s an emergency.
Nov 16, 2017 4:07pm

Cameron Garcia
Why is everyone playing the race cards on this? Grow up. Quit acting like victims. We all have problems in life. I'm white looking with a hispanic last name and have been picked on as a kid for it. I've experience racism...but I don't freakin' whine about it! Man up people.
Nov 16, 2017 6:23pm

Cara Camarena
There's so many that have been hit while they're on the shoulder. It's sad that people driving can't just pay attention and stay in their lane.
Nov 16, 2017 7:34pm

Cara Camarena
People notoriously run right into police cars with lights on and all 😐
Nov 16, 2017 7:35pm

Rodney Gaines
How did he strike the driver side door FIRST, THEN sideswipe the trailer, THEN hit the stranded driver? Can someone enlighten me on that???
Nov 16, 2017 7:54pm

Tony Porter
That was plain stupidity and ignorance on the part of Kegel. Now he's paying the price.
Nov 16, 2017 7:08pm

Jim Stewart
What a dumbass. He belongs where he was sent. And no way should he ever be given a CDL again. He is one of the many that give truckers a bad rep.
Nov 16, 2017 2:14pm

Brad Barbee
That's what happens when you're pushed to run 11hrs due to electronic logs & don't get occasional naps. Not enough places to rest for drivers either.
Nov 17, 2017 12:32pm

Renae Martin
As a RN getting her CDL the driver should have stopped but what I have learned a jump seat rider now learn to drive never get out of truck except on passage side and put your emergency triangles out that might had saved that poor boy. BUT I don't like electric logs
Nov 18, 2017 8:57am

Celestino de la Fuente
I never stop on the emergency lane on a highway if I can help it , I always use an off ramp and pull over near the top if there is room to park . That would have saved his life !!! If I have to pee I do that and use a home made urinal ( empty plastic container ) in the sleeper that way your safe and don't get busted for public urination which is a felony in some states .
Nov 17, 2017 11:45pm

Sylvester Johnson
He definitely should've gotten more time??? It's way too many hit and run accidents happening today, and it's Great to finally hear that they actually caught one of them!!!
Nov 24, 2017 8:02am

Cara Camarena
I gave one. That 30yr old minority got 2yrs in prison for accidentally killing another motorist in Texas. I remember it so well because it happened after I was hired there and they pulled us all into Safety and told us look, yesterday he was just like you and today he's going to prison. A reminder to be safe as possible. No one said, they'll sentence him worse because he's black. Blah fuckin whatever. Now if he was getting arrested for having a tail light out that's a whole other issue. Not relevant in this post though.
Nov 17, 2017 11:51am

Aaron Moses
An example of white privelage in our justice system in Amerikkka.
Nov 16, 2017 3:35pm

Aaron Moses
I don't get screwed maybe you do... Dumb ass drivers come in all colors but when it comes to the justice system you know the deal, or maybe you don't, queerdo!
Nov 16, 2017 4:17pm

Felipe Teano
No it's not. If he knew he hit another vehicle then why did he not stop. He's a friggin idiot for not stopping to see if anyone was in the cab or if there was a person or persons in there that he may have injured. That goes to show that he's a liar and a low life loser. I'm Glad he's off the road.
Nov 16, 2017 4:43pm

Cara Camarena
The RUN part is what is getting this fat shit 3-6yrs. Maybe had he stopped he wouldn't be getting so many years. It's not as though it was on purpose and premeditated. So whatever with your bullshit, snowflake.
Nov 16, 2017 5:01pm

Shelley Crowther
Aaron Moses ,you are screwed ..in the head. What you wrote appears racist and name calling isnt necessary
Nov 16, 2017 7:01pm