Trucking Company Could Pay Over $5.7 Million for Fatal Amtrak Crash


The verdict is in after a federal hearing involving the fatal truck and Amtrak train crash that occurred near Reno, Nevada in 2011. The jury has found John Davis Trucking Company at fault and determined that the company should pay $4.5 million to Amtrak, and $210,777 to Union Pacific Railroad for damages resulting from the fatal incident. While U.S. District Judge Howard McKibben won’t make a formal ruling on the case until September 29th, it looks like he’s going to stay the jury’s verdict and consider adding another $1 million in attorney fees and prejudgment interest to the final amount. 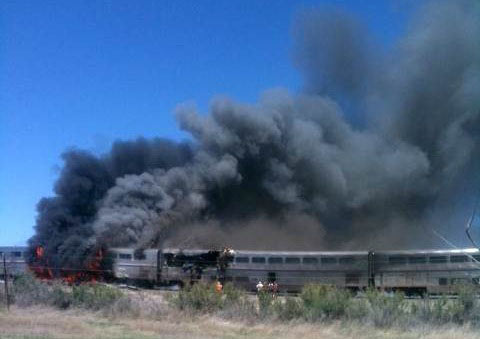 Amtrak and Union Pacific initially sued John Davis Trucking for damages amounting to $11 million after the National Transportation Safety Board found the company’s negligence caused the wreck during the initial hearing in December of 2012. The NTSB determined that the accident was first caused by an inattentive trucker with a history of speeding violations and that he was driving a tractor-trailer with faulty brakes.

During last month’s recent trial, the attorneys defending John Davis Trucking alleged that Union Pacific Railroad officials had destroyed the evidence that a malfunctioning crossing gate and signal lights were actually what triggered the events of the crash. However, UPR’s attorney showed footage shot from on board the train and said that it showed the gate had been functioning and the truck driver, Larry Valli had simply ignored the flashing lights and repeated whistle alerts from the train. Two locomotives and the baggage car had already cleared the crossing, when Valli slammed into the fourth car as it crossed.

While the truck driver immediately died in the collision, so did the train conductor and four passengers on-board the California Zephyr ; Karly "Annie" Knox, 18, Francis Knox, 58, Cheuy Ong, 34, and Barbara Bell, 60, who was visiting from the U.K. Dozens of other people were also injured as the train had burst into flames when the impact was made.Amtrak’s Lawyer, Mark Landman said from the footage he could only describe it like “… a rocket hitting, blew up and burned.” Perhaps even more difficult for everyone who lost loved ones in the tragedy, is the fact that the California bound train had been three hours behind schedule when it left Salt Lake City that day.

While its impossible to know exactly what happened and what Larry Valli was actually doing at those crucial moments, Mark Landman concluded that, “…the one thing we know he was not doing, was looking where he was going.”