by Jake Tully - Published: 10/12/2017
Last night’s speech by President Donald Trump saw an angle aimed at a particular group of blue collar workers – this time by way of the commercial trucking industry.


During President Trump’s speech last night in Harrisburg, Pennsylvania, the Commander-In-Chief called upon the men and women of trucking for support in his tax reformation plan as well as praising the current state of the trucking industry in the United States.

“We love our truckers,” said Trump during his Wednesday evening speech. “These great, great people are our heroes. Nothing gets done in America without the hard-working men and women in the trucking industry.”

Trump spoke to the financial sensibilities of truckers, explaining how his new tax plan could afford drivers more financial independence as well as trucking companies more opportunities in which to grow. 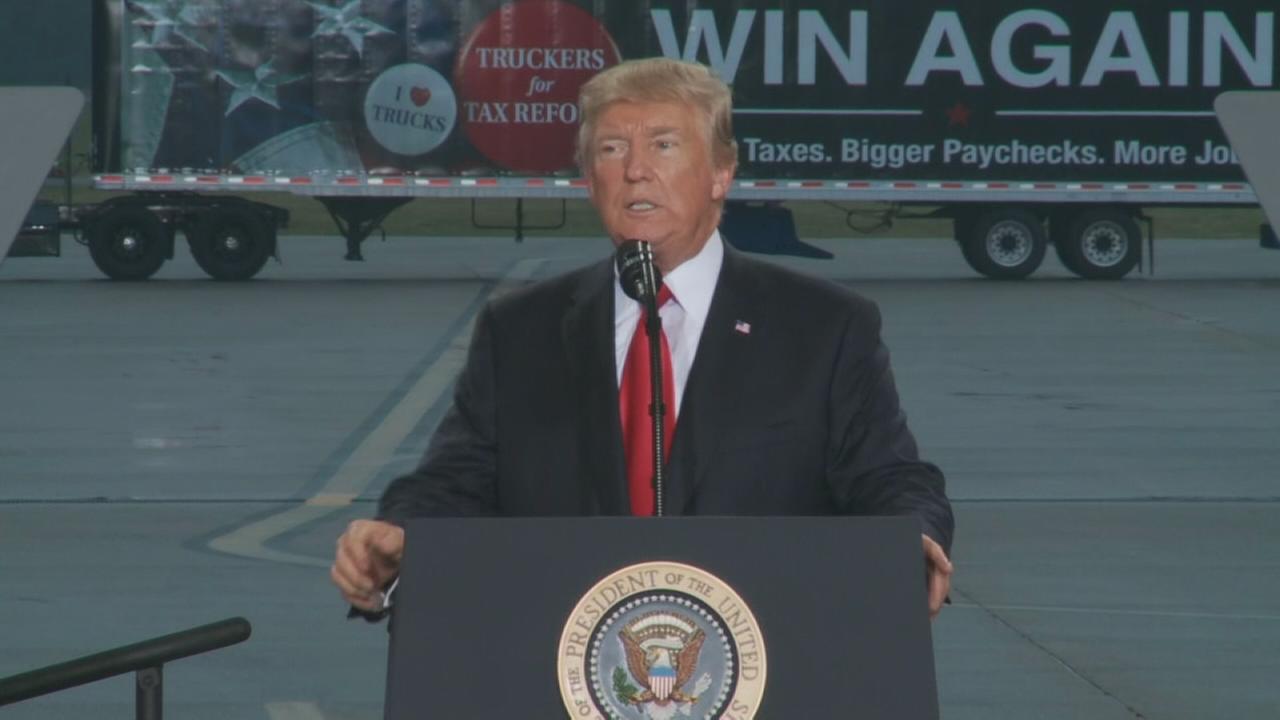 Trump explained that his new tax plan would include lower rates for the middle class, but perhaps more importantly would stimulate growth across several industries, with trucking a particular target for growth.

“(Trucking companies can write off) 100 percent of the cost of new equipment in the year you buy it,” said Trump. “That’s going to be big.”

In addition to speaking about economics, Trump praised truck drivers, noting their service within the country as well as mentioning one of his largest campaign promises, the wall along the border of Mexico.

““No one knows America better than America’s truckers,” said Trump. “Every single day from coast to coast and border to border — where we will have a wall by the way — you see the incredible beauty of [The United States]. You see the enduring strength of the American spirit in those truckers.”

During his speech, Trump also directly spoke to Congress, calling upon members of the body to pass his proposed legislation in order to move forward with tax reform.

As a visual aid to the audience he was speaking to, a tractor-trailer was clearly visible behind Trump’s podium with the text “Win again” as well as “Lower taxes. Bigger paychecks. More jobs.”