It was announced earlier today that Buffett’s company, Berskhire Hathaway, has made a deal to acquire a major share of North American truck stop chain Pilot Flying J.

According to industry sources, Berkshire will initially buy 38.6 percent of the company, increasing that percentage to 80 percent by 2023. 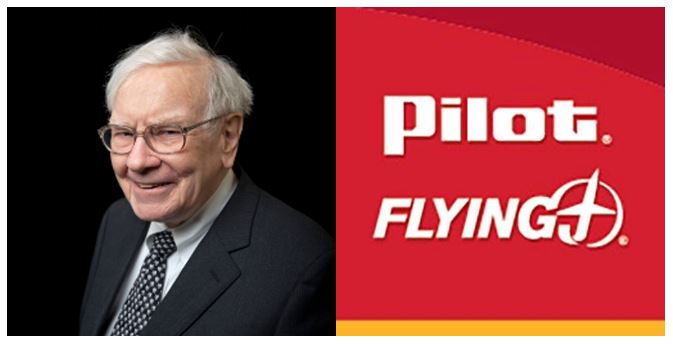 Industry sources report that the acquisition will end Pilot Flying J CEO Jimmy Haslam and the Haslam family’s control of the chain, with the Haslams owning 50.1% of the company, while FJ Management Inc. will maintain 11.3% stake as a minority stakeholder.

The Haslam family reports that the family will continue to see involvement in the company after 2023, and that Pilot Flying J President Ken Parent and the rest of the current management team will stay with the company.

Buffet reported to USA TODAY Network-Tennessee in an interview earlier today that Berkshire Hathaway does not plan on moving the Tennessee office, nor does the company plan on changing Pilot Flying J.

Haslam reported earlier that the family purports that Berskhire Hathaway is a positive choice for the company due to Buffet’s reputation as a owner that allows companies to run themselves and continue operations.