One week after the solar eclipse finds several groups and industries across the globe conversing about the natural phenomenon, with commercial truckers as no exception to the discussion, reports video telematics company Lytx.

According to Lytx, maker of the DriveCam video safety program, data collected from the those who use the DriveCam program found that driver behavior was significantly impacted by the phenomenon of the solar eclipse, especially in regards to pulling off of the side of the road. 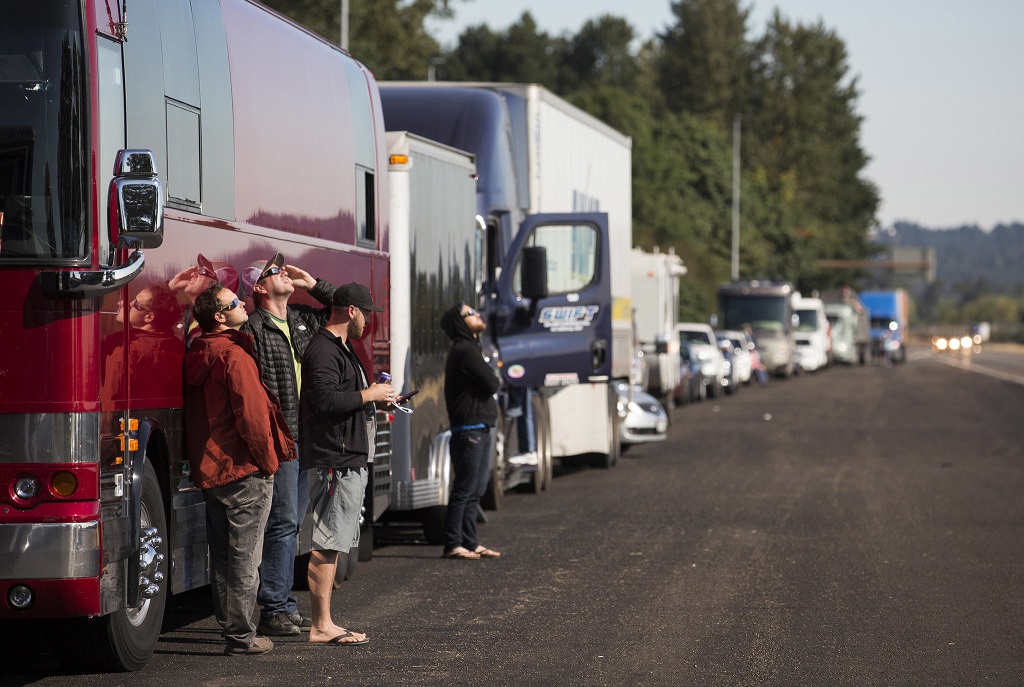 Simply put, Lytx’s study found that truck drivers displayed behavior that indicated interest in the eclipse, including pulling over to the side of the road to take a photo.

Lytx reports that data was collected from driving miles during last Monday and was analyzed in comparison to other driving times collected from Mondays over the past five months.

Additionally, Lytx reports that 35 percent of vehicles recorded were found driving faster than the posted speed limit, a behavior that the company speculates may account for drivers attempting to get back on track with their routes after spending time watching the eclipse.

Lytx reports that its study reviewed a total of 43 behaviors related to driving events in 239,000 vehicles over the course of 20 consecutive Mondays leading up to August 13, 2017.