As several entities in the trucking industry project more freight on the roads in the coming months and years, the American Trucking Association looks to another link the logistics supply chain by naming Tyler Rushforth as executive director of the Intermodal Carrier Conference.

Tyler, who reportedly assumed his role as executive director earlier this week will deal with the industry of intermodal trucks, a segment of driving that he reports is important to the overall trucking realm.

"Intermodal is an essential sector of the freight economy, and IMCC carries out the important mission of providing a strong, unified and effective voice for this large and growing sector," said Chris Spear, ATA President and CEO. "Tyler brings a wealth of experience from his time on Capitol Hill—experience that will prove to be a valuable asset for our carriers." 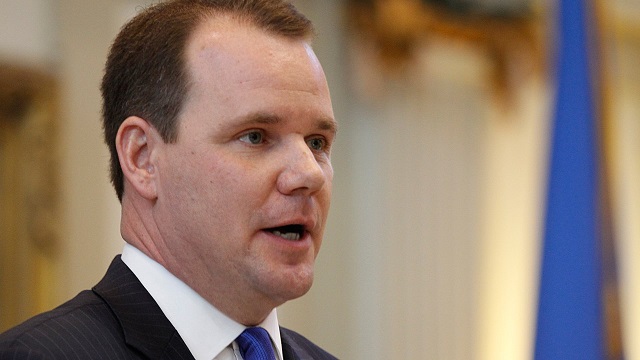 According to the ATA, Rushforth joins the organization after spending a decade-plus on Capitol Hill, wherein he served as counsel to the Environment and Public Works Committee, a role he assumed after serving as legislative advisor and counsel to former Senate Majority Leader Harry Reid.

Rushforth is reportedly enthusiastic about his new role and helping to shape the course of intermodal trucking, as it were.

"I am excited to join the ATA family and get to work on behalf of the industry," said Rushforth."Intermodal faces a number of challenges and opportunities, from roadability (sic) and economic and operational fairness to infrastructure efficiencies. IMCC has an essential role to play in strengthening intermodal's link in our national supply chain, and I'm proud to be a part of that effort."

Sources within the transportation industry are reportedly passionate about Rushforth’s new position, citing his knowledge and experience in dealing with infrastructure issues.