A community is grieving the tragic loss of three high school students killed early Wednesday morning after their SUV slammed into a semi trailer parked on the side of a road in Lynnwood, WA. The only passenger to survive the incident is a 15-year-old girl who is recovering in hospital in stable condition. 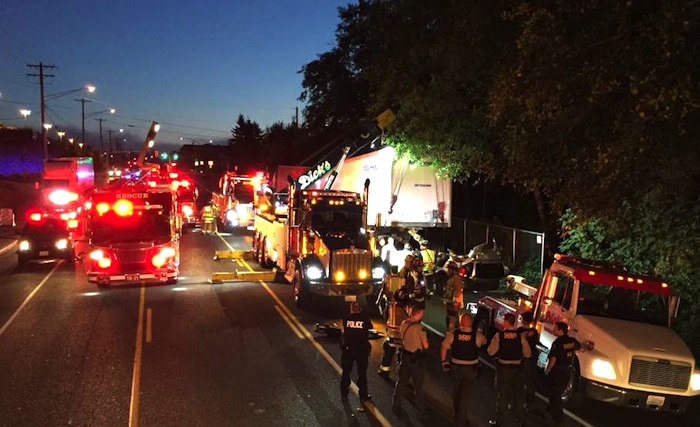 The deadly crash occurred in the 16900 block of Alderwood Mall Parkway at about 4 a.m. Wednesday morning. According to the Snohomish County sheriff’s Office, the four teenagers were driving north in a Kia Sorrento when they crashed into a semi trailer that was parked on the side of the road. Investigators say the Kia hit the rig with such force that it became lodged underneath the trailer with the entire top portion cut off.

A spokesperson from the sheriff’s Office said police and medics were immediately dispatched after they received several calls from witnesses reporting the crash. When first responders arrived at the scene, two of the vehicle occupants were already dead and two others were still alive. However, the third victim died in the ambulance on the way to the hospital and the only survivor is being treated for undisclosed injuries at Harborview Medical Center in Seattle. 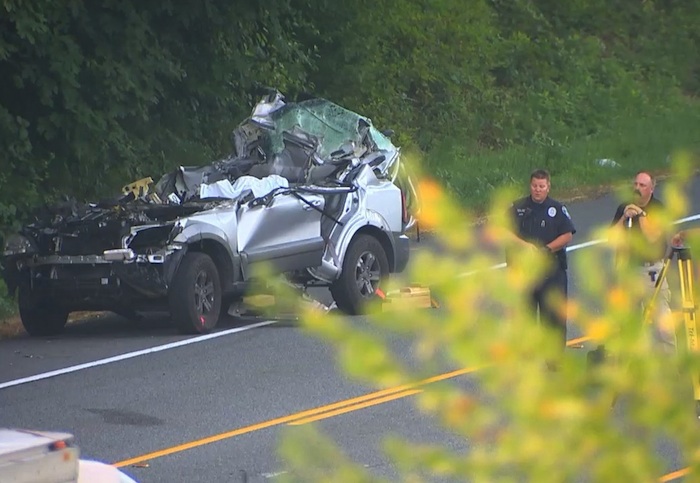 On Thursday the Snohomish County Medical Examiner’s Office identified the deceased victims as 16-year-old Landon M. Staley of Everett, 16-year-old Travin K. Nelson-Phongphiou of Everett and 15-year-old Mikayla Sorenson of Bothell. The cause of death for all three teenagers is listed as multiple blunt-force injuries.

The sheriff’s office says that commercial vehicles commonly park along Alderwood Mall Parkway overnight and that it's legal as long as they are parked in the designated areas. However, the semi trailer involved in this incident was not parked legally because it was facing the wrong direction. Instead, the front of the trailer was facing oncoming traffic, which is a civil parking violation. Officials have not yet confirmed whether the driver will face any further charges resulting from the parking infraction.

Alex Urusciuc
Hopefully the truck driver won't be charged for that being illegally parked
Jul 27, 2017 11:43pm