Trucking application service Drivewyze Inc. was honored earlier this week with the 2017 North American Frost and Sullivan Award for Company of the Year, as named by the aforementioned market research firm.

Drivewyze, an application specializing in providing digital bypasses for weigh stations in the commercial trucking industry has received recognition in its specific field from Frost and Sullivan.

According to the firm’s Global Commercial Vehicles Research team leader, Chandramowli Kailasam, Drivewyze has been recognized due to cost effectiveness in addition to innovation among its competitors. 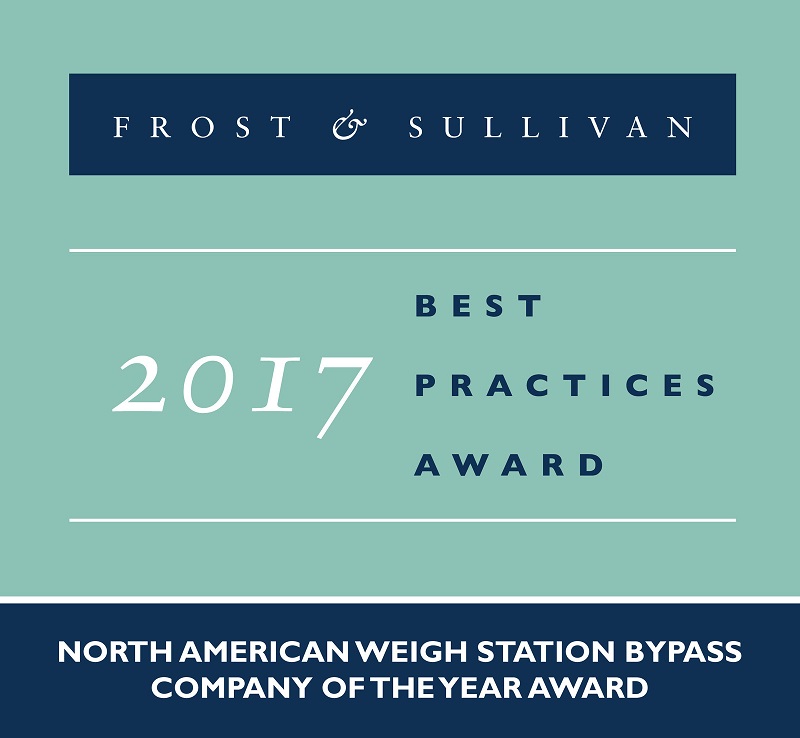 Frost and Sullivan report that a carrier with a reputable Federal Motor Carrier Association Inspection Selection System safety score can utilize Drivewyze to bypass weight stations nearly 98% of the time on the road.

The firm also reports that each bypass can save a trucking company an average of $9.31 in operational costs, based on a study of more than 94 million visits from trucks to weigh stations.

In addition to offering bypass service features, Drivewyze also provides a “Heads Up” notification to drivers, providing alerts for inspection sites and weigh stations at more than 1,200 locations throughout the country.

"Since Drivewyze is the only global positioning system (GPS), Internet-based platform requiring no roadside infrastructure, it reduces cost barriers to weigh station bypass deployment for fleet and truck operators as well as state agencies,” said Kailasam.