Police are crediting an observant gas station customer for preventing a fatal disaster from unfolding at a BP station in Ohio. The incident occurred on Wednesday at around 1:15 p.m. at the BP gas station located at 21 West State Road in Cleves, OH. According to Cleves police, a customer was walking by a fuel tanker parked at the pump and happened to notice the vehicle was running. He also noticed the vehicle appeared to be unattended but when he took a closer look inside the cab, he saw a body slumped over the floorboard. He immediately alerted the attending gas station clerks and they quickly notified police.

It was Cleves Police Chief, Richard K. Jones and another officer who arrived on the scene and they both climbed into the cab to first make sure it was in park. At that point they were able to observe that the slumped over driver also had a bleeding nose, and a straw with heroin sitting right next to him. They also found a 35-millimeter film container with pills inside of it. It was obvious the driver had overdosed on heroin and even worse is that he did it while sitting in a running fuel tanker on the lot of a fuel station. Police say the drugged up driver was essentially “sitting on a bomb.” 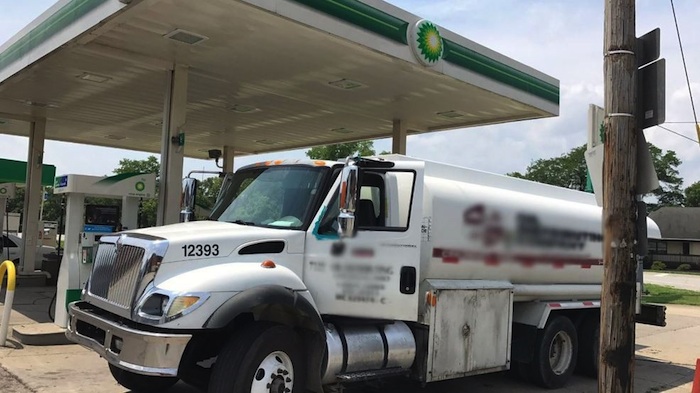 "It was kind of the perfect scenario of a bad storm, because you’ve got a fuel tanker truck with some sort of flammable liquid throughout the whole thing parked at a BP gas station with a driver who has overdosed on heroin," Jones said. "You could not ask for a worse scenario."

Fortunately, the driver was startled awake by the officers in his cab and survived his near fatal mistake. Jones said he also admitted to using heroin and that he did not need naloxone to be revived. The driver, Kristopher Phoenix, was then taken into custody at the Hamilton County Justice Center. Jones also later confirmed that Phoenix had been on the job at the time of his overdose.

Ron Bowers
Fyi hard to test for it out of system in 3 days had a young man trying to get a job with me a year ago made arrangements for him to come in on a Monday for interview got up Monday morning got on fb kept seeing rip Brian made some calls found out he'd been using heroin and o.d Sunday night
Jul 13, 2017 4:34pm